Note: Please read the article carefully before proceeding! If in the process of using you encounter any errors, such as broken download links, slow loading blog, or unable to access a certain page on the blog … then please inform me through the Contact page. Thanks!

Recently, I have seen on a number of groups about technology that has been on the topic: Snapdragon 820, although it is a flagship chip, is even worse than the Snapdragon 450 chip for cheap smartphones?

Read here, many of you will be wondering about the title that I put at the beginning of this article, is that Snapdragon 820, what has to do with Thermal Engine?

Yes, actually it is related. And in this article we will together learn more about Snapdragon 820 chip? Is it really discarded as comments? And the reason this chip is so discriminatory. Okay, go to the lesson too!

#first. What is the Thermal Engine?

According to the translated name, it can be roughly interpreted as a part of the OS, it will adjust the operation of the chip based on the temperature change of the device.

Each OEM smartphone will probably have a different Thermal Engine operating mechanism, and I will give specific examples as follows:

The Xiaomi Mi 5 runs on the Snapdragon 820 chip, and the content of the Thermal Engine file: 36 degrees Celsius will reduce the clock speed of all cores to 2-3 Mhz.

=> Surely everyone will understand: The machine will slow down a lot when the machine's temperature reaches that level. At the same time, the battery charging speed will be affected in the same way, whether it be a separate quick charger or Quick Charge, either. 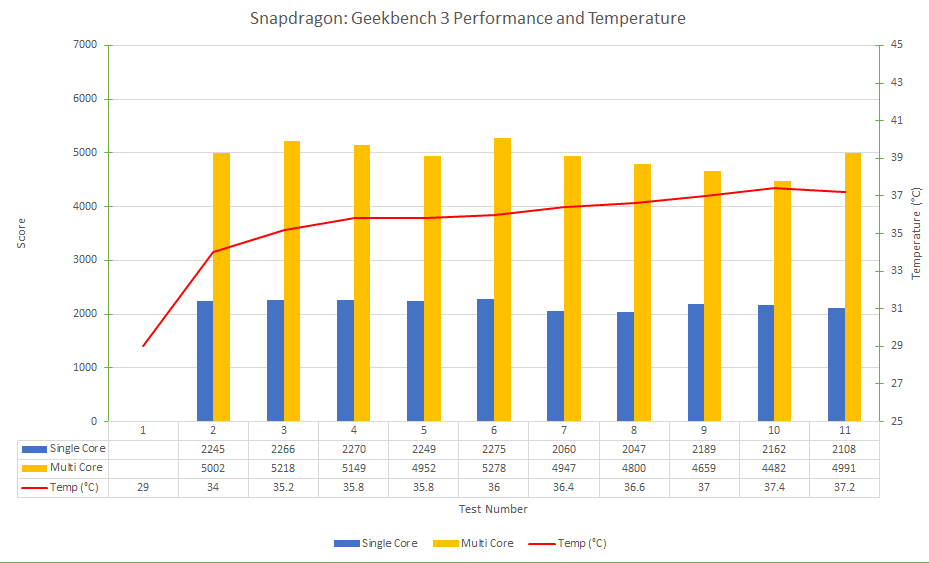 Since the Snapdragon 810 chip has burned the name of many OEMs of smartphones, manufacturers have started to use Thermal Engine, accompanied by heat sinks for chips from mid-range to flagship, to make the device cooler and not be thermal damage too.

However, the Snapdragon 820 chip will probably be the most significant and significant impact. So what is the main reason?

As I said in the article about the Snapdragon 810 chip, the Snapdragon 820 chip is the successor, supporting 64-bit platform, but reduced from 8 high-speed cores> to only 4 average clock cores.

And the Snapdragon 821 chip was released to fix the heat error on the Snapdragon 820 chip, but it also split into two low-clock cores and two high-speed cores to run big.LITTLE more efficiently, helping the device to stay hot. with normal tasks, but nothing in general can fix anything.

A 4-core chip like that, the lag lag affected by Thermal Engine is very understandable, while other 6 and 8-core chips is a different story. Snapdragon 450 is the chip of the low-end phone segment, a lower-clock version of the mid-range storm one, Snapdragon 625. This is a relatively good chip, with 8 low-clock cores, big .LITTLE.

So why is there an opinion that Snapdragon 820 is worse than Snapdragon 450?

Yes ! Because most OEMs like Xiaomi, HTC, Sony, LG use Snapdragon 820 chip with Thermal Engine limit of operation => I think it is relatively low.

With many custom manufacturers like Xiaomi, or poorly optimized like LG, the machine heats up even faster, and thus, the device is faster, lag, stall, jerky … even with very tasks. basic. Inhibiting the user.

I am using a Sony Xperia XZ with Snapdragon 820 chip, I have to admit that without a fan, I wouldn't be able to play any games with this chip.

And I bought a device running Snapdragon 821, a Google Pixel. The device I bought was a hand-held device (old device), quite a lot of battery, the device needs to be in some locations, but the Snapdragon 821 gives the device a very good performance.

In the same room temperature environment, Lien Quan Mobile game, with FPS 60, the quality of detail and images are average: Snapdragon 820 on Xperia XZ for a good early game experience, but only 5 minutes first.

In combat, the machine FPS is only about 47 FPS, even sometimes dropped to 25 FPS. Move at the end of the game, the FPS also drops to 45. The machine is hot, but the grip is still quite comfortable.

Snapdragon 821 on Google Pixel, without Thermal Engine, the game is handled very gently. In normal conditions or fighting, the FPS does not fall below 55. However, holding the camera is quite uncomfortable because the metal rim of the device heats up very quickly.

Snapdragon 450 certainly does not do this already, because its GPU is very weak, and CPU is just inclined to use gently.

That is, if operating at full capacity, the difference in flagship performance and lower segments is clear. As for technology, do not need full capacity also know which side has won. Leave your comments below this article if you're using a smartphone that uses either of these chips!