Open source is a common concept in the field of software design and programming. They have an important role in technology development. Open source is mentioned a lot when you learn about websites or for novice programmers. However, although it is quite common, many people are misunderstanding the nature of open source. So what is open source? Are you misunderstanding about open source? The following article will provide useful information on the above questions. You can watch and listen specifically at Mona Video below is explained in detail, if you love the words can read the article below!

Open source is a term

Open source is simply understood as the software whose code is publicly used. So anyone can use it for free, download, edit, customize and contribute to the community of the software. For example, if you are using an open source A software, you use and create a new set of outstanding features, you can share them with all A software users, which is called is to contribute together.

In programming, there are many terms that have the word "open" such as: open operating system, open game engine ... The word "Open" here does not relate to the technique, structure or the people that create the software. The word "open" here has only one legal meaning. Open source is the source code that can be used for commercial purposes without royalty, nor any unit has the right to complain.

As such, open source is free to use functions that are not related to the source party. 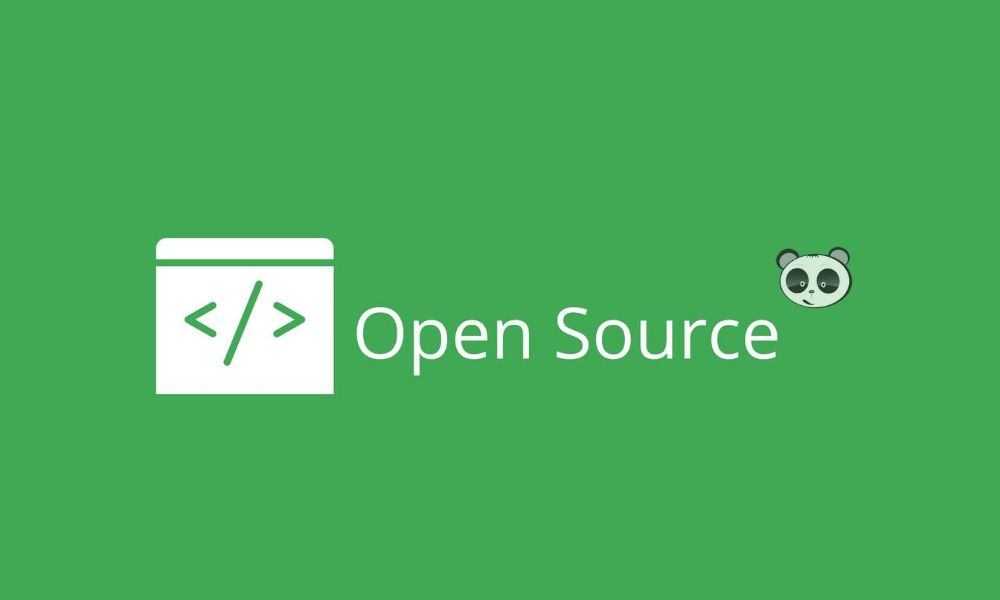 Some examples of open source

Some open programming languages ​​such as PHP, Java, ... Besides, there are also languages ​​"partially open”Like .NET. The language is actually open source, but users have to pay indirectly through the purchase of Windows operating system, not on Mac OS.

Besides some open game engine programming languages, there are also some languages ​​that are not open source software such as: Unity. If you create a game using this source code, you can use it freely but not for sale. Because when you sell them. Immediately copyright will be store link report, complaint caused the link to be pulled down and death of the game. To commercialize you must purchase the license from the owner of the programming language.

Most people outside the programmers think that open source and closed are related to the security and functionality of that source code. However, it is one of the biggest misunderstandings you have ever had.

This is a false assumption, once again Mona asserts this is a completely false statement. The open source software itself does not have any security issues.

Many people have misunderstood them as holes to hack the website.

However, the hacked website is not related to open source. Website security vulnerabilities are due to the Theme and Plugin department. To better understand this issue, Mona has detailed in section 3 in this article. Open source software has no security

This is a serious misunderstanding. In fact, open source is highly secure. The real evidence is that a series of open source code is used to run most of the Internet. Big companies like Google, Microsoft, IBM ... are big representatives who are using open source for business.

Security is therefore a top priority for open source. This is especially important when multiple users share and access the server. If unsafe, the server data will be stolen quickly causing extremely serious consequences.

In fact, open source software does not necessarily have 100% security. However, only one or two large-scale server attacks were carried out. But soon, data protection scenarios were immediately implemented to prevent hackers, avoiding loss of assets.

The .NET source code works on the principle of encoding all the user's code files into a DLL script. This DLL script does not allow any software to be able to decompile the DLL script, nobody can know how you wrote that script file.

(In fact, in programming, coding doesn't make much sense. Because all programmers know how to do it, whether or not they have the time or the staff to do it. say open source regarding architecture or engineering is completely wrong)

Open source is not software that uses some of the freely available functions. They do not limit access rights, allow users to download freely, use all the functions without paying a license fee.

In fact, asserting that open source for creating websites makes website security weak is a false assumption. If yes, only a small part is correct. That's because open source has so many people reading and researching them that they know the security principles of the website.

To analyze the problem, we divide our website into 2 parts: CMS and Theme, Plugin department. The CMS part alone accounts for 60% of the common functions of the website that you currently have: media management, user management, editor, .... CMS division has great security features because they are involved in repairing and editing by millions of programmers.

Website security issues under Plugin, Theme Department. Theme is the website interface. Themes and plugins are created in 3 ways: own code, bought on existing code (often called template), or download free versions online. The problem lies in how to create these sections.

In fact, all four ways of causing website security vulnerabilities are not related to open source or closed. This is a misunderstanding that so many people are making.

4. Benefits of open source to programming

When developers use open source software, they also avoid risks such as buying copyright software but not receiving support from the vendor after a period of use. There are many reasons to explain this. However, whether it is subjective or objective, the lack of support will make it impossible for users to use the software. Or when you want to continue using, users will have to pay additional costs.

Having said that, when using open source to create applications, fixing bugs is much quicker than proprietary software. If the developer finds an error in the finishing process, they can correct it immediately. Unlike open source, when editing the copyright software, users need to report it to the vendor and fix it with their permission.

For example, when programmers want to develop more functions, extend the utility of applications created on open source software, they can adjust, add / remove custom code without asking. permission, report or waiting for a response from the supplier. This shows the flexibility of open source software.

As mentioned above, the security part is not open source. Imagine open source software that has been around for a long time in the developer community - including many talented programmers around the world. Meanwhile, they are constantly checked, fixed, added and removed features ... continuously. Before users introduce any new features into open source software, security and safety factors are always in place and tested first. If not, these features will reduce the security capabilities of the software. 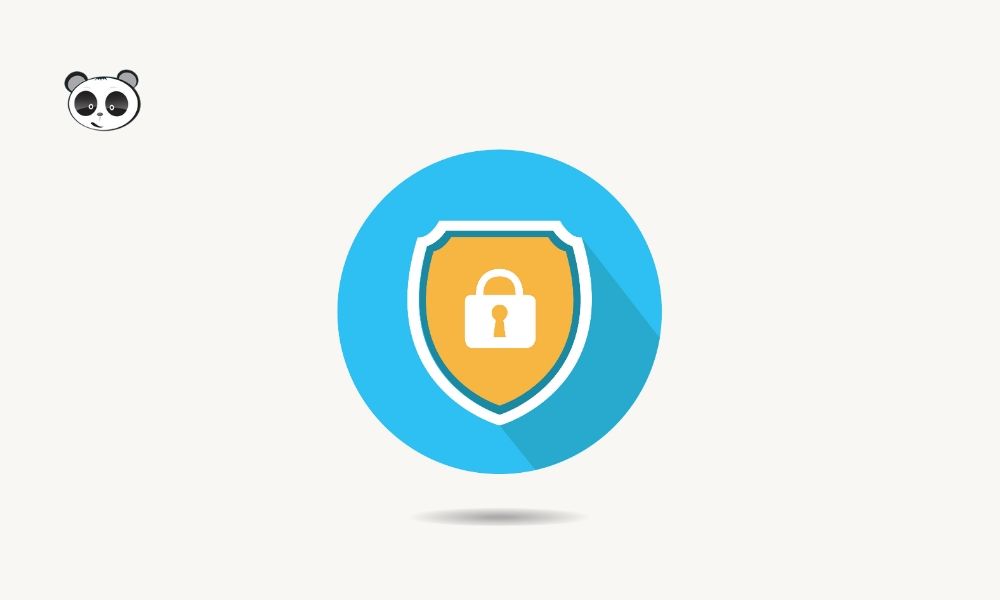 Until hackers found an open source security hole, reused programmers quickly found different ways to fix it. As such, open source is said to have excellent security capabilities due to the large number of common users in the world.

Whenever users have questions or need support related to the software can ask questions and ask the user community for help. What is more wonderful when you get stuck and get help from experienced people. This is considered a valuable and free resource.

Thanks to being "open" for free, many developers have used them to create many useful software. This is considered a product that helps designers, programmers create, test their own ideas.

Open source is not the name of a software. Open source is the term for software that is free for users to use. They are an integral part of the development of modern technology today. This is the main monetization tool of major brands such as Microsoft or Google, Red Hat, etc. From open source software, the following applications can be created:

Normally, we only hear the names of operating systems such as Microsoft Windows, MAC OS. However, this is not an open operating system. The simple proof is that when you want to reinstall Windows on your computer you often have to pay licensing costs. Sometimes, users will be limited by the operating principles of this copyright, causing certain difficulties.

However, the Linux operating system, released in 1991, gave developers more choices. Linux is an open source application. This means that they are completely free and free to use them for commercial purposes without paying any cost. Of course, users are also free to use all the special features of the Linux operating system. For example, using OpenOffice instead of Microsoft Office applications includes applications: text editors (Writer is similar to Word), spreadsheets (Calc is similar to Exce), ....

Programming languages ​​are an indispensable component in the field of programming. The reason a programmer cannot use only one language is because each language only provides certain features. Diversifying functions requires programmers to know how to use multiple languages.

PHP and Java are programming languages ​​that operate on the open source platform. They all feature free use, no limited functionality, a simple structure and a rich reference library, a growing support community. This is why up to 85% of websites in the world are programmed in this language. 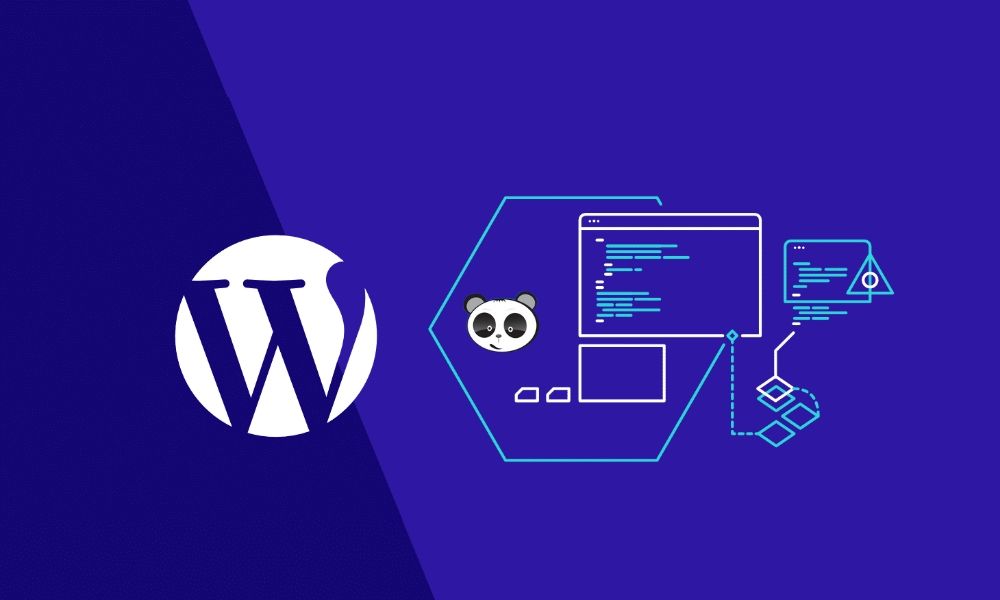 If you are not a professional programmer but want to create a website for yourself / your company using WordPress is a great idea. In addition to being free, they are also a tool supported by millions of talented programmers. This helps you find the answers to any of your questions during the website development process.

However, not so that WordPress is only for people less tech savvy. In fact, they are contributed by many programmers around the world. They have researched and used WordPress to create famous websites such as CNN, BBC America, Variety, ....

Photoshop is software that uses closed source. Every year, the Photoshop software provider raises millions of dollars in its licensing costs. If you are a software designer, you must have known GIMP application when you first started.

GIMP does not have many advantages, not superior to Photoshop. GIMP is free to use and has the same functionality as CS3. However, this software is only for beginners who do not want to spend money to buy Photoshop to use the basic functions. If you are a novice technology designer, choosing the free GIMP software to use is a right step.

Above is all information related to open source. And once again Mona asserted that judging the website when designing with open source vulnerable to hacking is a completely false statement on the basis of actual programming. Hopefully the article will bring more useful information to readers.