npm is the Node Package Manager that comes with and supports each development node of the Node. For many years, Node was programmers JavaScript Widely used for sharing tools, installing many different modules and managing dependency. Let's find out more about what npm is and how it works. It is very important to those who work with Node.js.

How does NPM work?

It works based on two roles:

To use, you must install node.js - Because they are packed together. 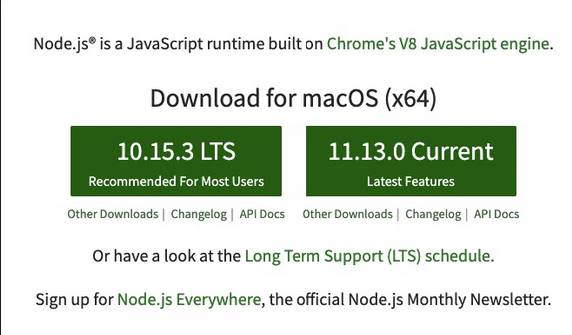 To use the package, your project must contain a file named package.json. In that package, you will find the project specific metadata.

Metadata shows a few things related to the project in the following order:

Metadata helps identify the project and act as a baseline for users to receive information about it.

Here is an example of how you can define a project through its metadata:

How to install the npm module and start the project

First, you have to make sure node.js and npm installed. You can test by running a few simple commands.

To see if node.js is installed, open it Terminal or command line tool, and enter node -vThen the screen will display the version number if you have already installed it:

To see if npm has been installed, enter npm -v. The screen will display the version number:

If you have not already installed, you can get Node from node.js website and follow the prompts in the installer.

npm is famous for just installing with one line:

After installation, you can update npm because the new version is released regularly. To update, simply download the installer from the website node.js and run it again. The latest version will automatically replace the final version.

However, you can also update it using this command:

Initialize the project with npm

If you already have Node and npm, and you want to continue building the project, run the command npm init. This command will trigger to initialize the project.

Very helpful, the Node package manager’s init will explain what it does when you run it:

Click on "Enter ” to accept it. Later, npm init will give you a preview of package.json it's about to create.

Type "yes" and press "Enter”To confirm, save package.json. You can always change it later, either by editing the file directly or by playing it again npm init.

The package in node.js contains all the files you need for a module. A module is a JavaScript library that you can put in a project.

Installing modules is one of the most basic things you should learn when starting with the Node package manager. Here is the command to install a module to the current directory:

In the above command, replace by the name of the module you want to install.

For example, if you want to install Express - the most widely used and used web framework, you can run the following command:

The above command will install the express module /node_modules in the current directory.

Whenever you install the module from npm, it will be installed to the directory node_modules.

This is the following display when you install the module in the project:

As you can see, apart from the main function is the online database for packages node.js differently, the goal of the Node package manager is to automatically manage the dependency for the file package.json with its Command Line Interface.

Here are the basic commands you should know:

Now you understand what npm is and how it works basically. And if you're going to work with JavaScript, npm is an indispensable tool for your workflow.