Thanks to the collection of NFTs taken by himself, this young man changed his life.

Ghozali Ghozalo, a 22-year-old Indonesian man, took more than 900 selfies over the past 5 years and posted them for sale on Facebook. OpenSea (The largest NFT trading market today).

“I took pictures of myself from the age of 18 to 22. Those are just pictures of me standing in front of the computer,” Ghozalo shared on OpenSea. 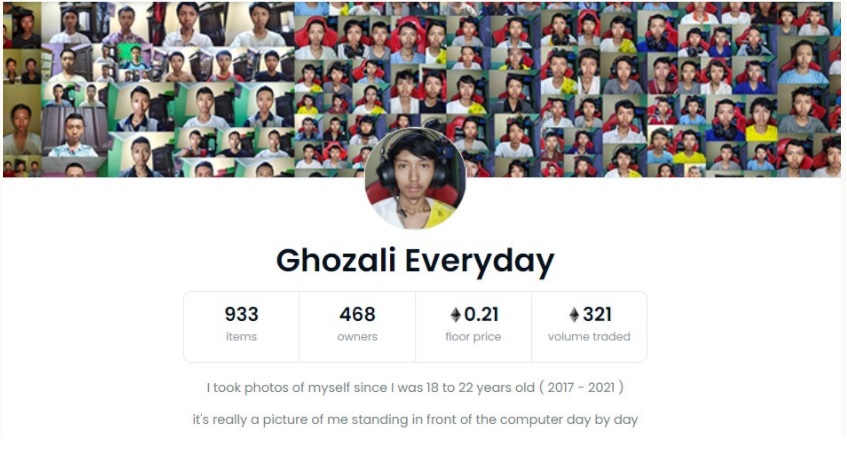 Initially, the reason Ghozalo took these photos was just to create a fast-forward video of his transformation, but after learning about NFT, he decided to take all the photos and turn them into NFTs to make. for sale on OpenSea.

When posting for sale on OpenSea, Ghozalo said he never thought anyone would pay for these selfies, because they are nothing special.

“It would be funny if anyone bought my selfies,” he said.

However, just a few days after going to OpenSea, this NFT collection suddenly became famous and bought by many people. It is estimated that more than 400 people have purchased these NFT selfies.

Initially, each picture cost only 3 USD, but after becoming famous…they cost up to 0.21 ETH each.

As of January 14, the total transaction volume of this NFT collection reaches 321 ETH (over 1 million USD).

ChannelNewsAsia commented: “The emotionless photos” suddenly became a surprise success. However, after finding out, the success of this 22-year-old young man did not come naturally.

The photos of Ghozalo became famous because they were tweeted by Arnold Poernomo on his personal page. Then some other crypto KOLs also retweeted this collection. 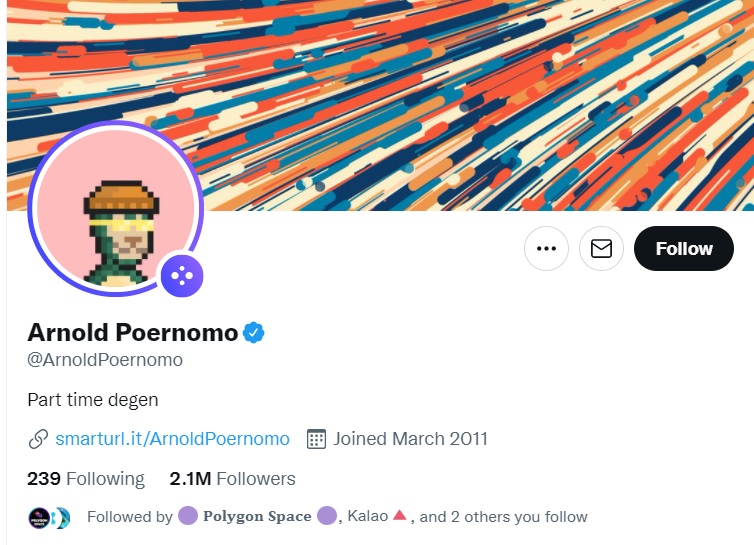 *Arnold Poernomo is a celebrity chef with over 2 million Twitter followers. He ranked 236th on the list of World Famous Chefs*

Poernomo said he and some other investors bought Ghozalo’s NFT selfie photos because they wanted to help this young man have more income, but did not expect the photos to become so popular.

After selling about 230 photos, Ghozalo wrote on Twitter: “To this day I still don’t understand why you guys bought my photos.”

Ghozalo said his life has completely changed thanks to NFT and said he will use the money earned to realize his dream.