Home/The experience of playing General Valhein on the forest to the magic, gank extremely – Blog shared knowledge
Note: Please read the article carefully before proceeding! If in the process of using you encounter any errors, such as broken download links, slow loading blog, or unable to access a certain page on the blog ... then please inform me here. Thanks!

In the recent professional Mobile League tournament, you must have seen the ADC god of Flash team Valhein holding the jungle spell.

At the end of the lesson, I will also share with you some tips to fight Valhein in the jungle, help you to gank the enemy team to cry out @@. Let the "6-minute GG" jungler shine and have a team battle!

I. Analysis of strengths and weaknesses of General Valhein

You need to understand the strengths and weaknesses of General Valhein first. This is a basic requirement before using this champion to go to the forest.

- Hand damage is quite large, both physical and magical (red darts).

- No skill for fleeing, sudden acceleration, or ice.

- Close range makes it easy for enemies to capture.

As such, Valhein only weak point is not fragile without running skills so easily caught and killed. Left here is the general control very good damage. Is a very strong basic ad at the present time.

So, what about going to Valhein forest? Let's go to equipment, jewel boards, badges first!

II. Equipment, jewel boards, Valhein badges on the way to the forest

Valhein in the jungle or in the lane all need the speed stats, crit and damage increase. In case you play Valhein in the forest, you also need to build items and jewel stat to increase these stats.

#first. Jewel board for Valhein to go to the forest 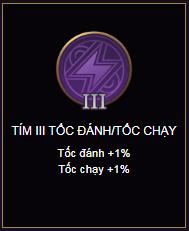 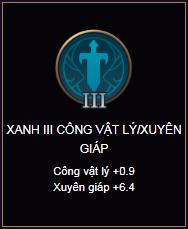 # 3. How to play Valhein on the ganking spell effectively

How to play Valhein on the forest to cast spells Early game stage is the hardest. Most likely you will be the enemy team to break or rob the charm. At that time, try to damage the enemy champion, call for teammates to help support the charm.

Do not try to hit the charm, but still beat the enemy to rob because you still punish. If the amulet is low on health, punish it for keeping it.

In case the enemy team does not harass, start with a green charm and farm all the jungle monsters normally.

At the end of the first phase of the game is a successful dragon fight. Because you are a champion of paper blood, you have to stay behind your teammates.

Best is howling dust waiting to coordinate with the bot lane. Wait for the two sides to fight each other to control your new round back unexpectedly finish them with stun darts and ult.

If the enemy is safe to play, you can choose to eat a dragon or Mid gank and push the tower.

In the middle of the game you need to play more carefully. Prioritize ganking a lot on dragon lines and big targets like dropping demons and dark dragons. Accumulate the advantages slowly, when there are two or three items you will have a voice in the game and terrify the enemy.

How to play Valhein in the middle of the game depends very much on hacking skills, reading maps in Lien Quan.

If you know what the enemy is going to do or is about to gank, try to alert your teammates and assist them in countering the ganking. This is the most effective way to fight Valhein in the jungle.

With the quality of generals ad sát thương hand but many control. Valhein is a form of gunner who supports his teammates, so countering ganks is more effective than rushing to attack and be cornered by enemies.

I give an example: The enemy is Wukong in the jungle. If you're smart, wait for howling dust Wukong rushed to catch on ad and sp by his side.

Now you have to use gold darts to stun him to put your team on damage. Surely Wukong will be empty.

On the contrary, if you take the initiative to stun Wukong first, he will not be able to die because no one will rush to beat him at you. You even have gunner, support the enemy team structure blood. Sometimes died unjustly because of rushing to stun the teammates.

So you understand how to play Valhein in the middle of the game. Don't be too aggressive, clean up jungle monsters and aim big. Focusing on supporting your team more than going to the blood structure to deal damage. In case of 3 vs 2, you have to rush to your team to beat the enemy, this is the right thing to do.

How to play Valhein at the end of the game is no different from the middle of the game too much. However, this time you have full map, just apply more tips howling dust is extremely effective.

Howl wait for the enemy to go odd, stun and then immediately use the last move. If the standard combo 1 last hit a network with the forest full of Valhein is completely possible.

The magic damage from ultimate is very terrible. Make sure those bloody killer or ad, ap will evaporate immediately. However, the conditions for doing this are that you must stand near the enemy so that the last 6 rays of the ultimate hit all of the enemies.

At the end of the game when having the advantage, call your teammates to eat Caesar to take charms and destroy towers. This is how to play Valhein or any champion in the jungle. One more thing is that you can wait for a fight when there are lots of enemies to use your ultimate. The damage of the ultimate will be great, causing 2-3 enemy champions to lose a large amount of health. So your team will definitely win the teamfight and the final victory.

Do not be too drunk on combat blood, the main task of the gunner is still the work of the enemy. Prioritize breaking the house to win instead of fighting nonsense with little benefit. Maybe thanks to the time the enemy team overturned that contract.

III. Tips when taking Valhein to the forest

- Howling dust is the key factor that makes Valhein magic becomes scary, because just go into the dust and stunned a second shot near death, who is not afraid.

- The main damage of Valhein when casting spells is the red dart, so please max it first

- The ultimate move when casting spells causes a lot of damage but needs to be close to promote the full effect.

- Start with red buff, you should gank early because Valhein has red buff to deal more standard damage, there is a slow stun, it is easy to kill the enemy this time

- Use ultimate to turn on monsters to speed up the pace and approach the enemy quickly, surprising him. Then use gold darts to control and kill him

- You can consider up Hermes Shoes to move faster ganking more effectively!

Yes ! So I have shared with you the basic information around Valhein goes to the forest to cast spells quite detailed then. Hopefully, with these shares, you can play Valhein better and become the MVP team bearer 🙂

Finally, have fun playing games and see you again in upcoming articles!