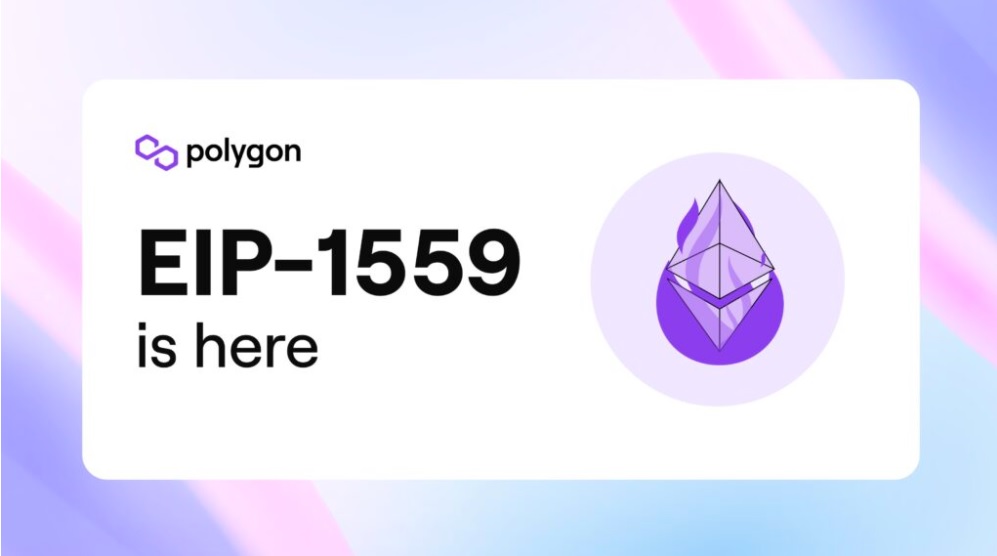 Polygon, a layer-2 scaling solution on the Ethereum blockchain network, has officially launched the upgrade EIP-1559 to start burning MATIC in real time.

EIP-1559 will replace Polygon’s previous fee system based on a “first-price auction”.

With the EIP-1559 going live, Polygon transactions will use a base fee – a minimal fee required for the transaction to be processed instantly on the Blockchain. Instead of paying this fee to validators, EIP-1559 will burn the base fee in each transaction paid with MATIC tokens.

EIP-1559 was first launched on Ethereum as the London Hardfork last August. In the update, the base fee is adjusted up and down based on network congestion, in addition to allowing Web3 wallets to reliably set gas fees for users automatically.

Besides gaining predictability on gas fees, EIP-1559 also creates a fundamental shift in Ethereum by reducing the circulating supply of ETH.

The Polygon development team said: “EIP-1559 will have the same impact on MATIC as Ethereum. The upgrade could also have a deflationary effect on MATIC.”

As a recent report on Cryptobriefing states, “EIP-1559 is estimated to burn 0.27% of the total MATIC supply over a one-year period.”

Betnacional closed a new agreement and now holds the naming rights for the Championship in 2023. Considered…

Samsung has made serious strides with its AI portrait mode effect in the Galaxy S22 series, and…

When you become a student of a particular university or college, you will have a .edu email…

The numbers are obscene, like something out of a video game. Hitting for power, hitting for average…