Fedora is a well-known and loved operating system on the Linux platform. So what is Fedora? Why use Fedora OS? Find out with us! 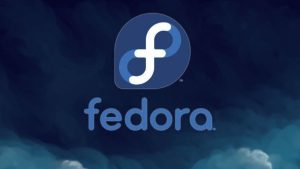 Fedora is a Linux distribution based on RPM Package Manager, developed community-based under the “Fedora Project”.

The Fedora project is the name of the worldwide community of users who love, use, and write free software. Fedora is sponsored by Red Hat – the world’s most respected provider of open source technology. Red Hat invests in Fedora fostering collaboration and incubating new free software initiatives.

You can use Fedora with, or in place of, other operating systems such as Microsoft Windows™ or Mac OS X™.

Why use Fedora OS?

Both Windows and macOS operating systems are closed software that requires users to pay to be able to use. However, Fedora is a completely free and open source operating system that anyone can install and use on their computer. In particular, USB storage drives and some new features are the reasons to use Fedora on PC.

Most of the components of Fedora including the kernel and applications are open source and accessible to all users. Therefore, this is also the reason there are now many Linux distributions. 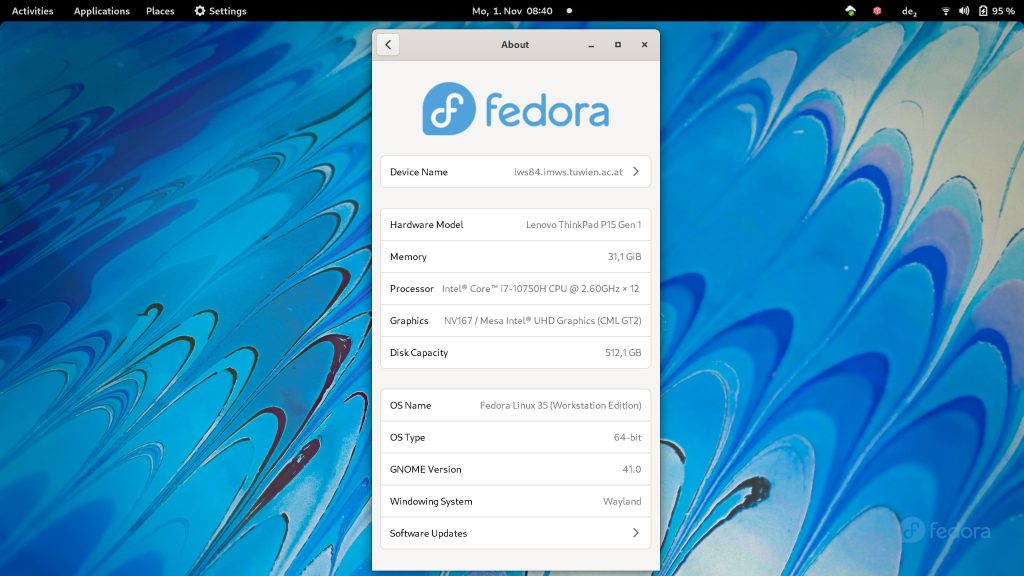 Fedora is one of the most commonly used Linux distributions because it has a dedicated software center that provides access to various applications such as Slack, Steam, Firefox… If you see the app, it may not be listed in the store but is still available for Fedora.

For example, Google Chrome Web Software is not available on the store but is installed from Chrome’s download page by downloading an RPM file. Or with Ubuntu the downloads will be DEB.

In addition, the user can use the terminal to install the application. However, to be on the safe side, give advanced system control to those terminals before using them.

Fedora offers more immersive experiences than Windows and macOS like visuals, UI, and some other tricks. Among them, GNOME is the most popular desktop environment in the Linux hosting space that includes application icons and animations. Although Fedora has a different user interface than Windows, Fedora’s navigation, features, and shortcuts are more flexible and easy to use.

Because Linux is open source software, it is more secure than Windows and macOS. This allows thousands of developers to add features and solve problems in their projects. As a result, Fedora becomes one of the distributions that are less vulnerable to viruses and malware than Windows.

Fedora is more efficient than Windows in using less system resources. Specifically, Windows 11 will consume RAM from 2.4GB to 3GB. While Fedora only uses about 1GB of memory RAM. As a result, Fedora provides more space to run more applications.

Microsoft offers a minimum storage capacity for installing Windows 11 of 64GB, while with Fedora only needs at least 20GB of free space. Therefore, Fedora becomes more usable even when users use older types of hardware.

In addition to GNOME, Fedora also offers another option for the desktop that is Spins. This is a version used as an alternative to Fedora. In it, each Spins is a different desktop environment that provides a variety of choices for the user.

Choosing the right desktop environment is one of the issues that many users care about. Therefore, if Fedora GNOME is not the most suitable choice, users can choose Fedora Spins. For Windows users can opt for Plasma Spins. Or if users want to convert old PCs with faulty Windows operating systems, they can use XFCE/LXQT to effectively reduce resource load on hardware.

Anyone can use it. In fact, there aren’t many reasons not to choose Fedora as your Linux distribution. This is one of the best desktop services and has been around for quite some time. It’s simple, intuitive. Fedora also has the flexibility and control to make your system your own.

However, it is not as popular and widely used as Ubuntu. Fedora is mainly used by system admins and developers as an operating system.

Fedora comes with tools for both sysadmins and developers, so this is also the primary audience for Fedora. The release cycle of the distribution also plays an important role. The bleeding edge software gives developers access to new tools as soon as they are launched. For system admins, Fedora grants access to new management programs and acts as a preview of upcoming features. These features will be in later releases of server-oriented distributions.

Hopefully with the above useful information, readers have a better understanding of Fedora – a user-friendly Linux-based open source operating system.

If you have any questions about Fedora or other Linux distributions, please comment so we can help you out.

Viewing digital cameras via phones, not including other receivers such as T, PC, computer … is a…

In some cases, to protect personal privacy, hiding comments on Facebook is one of the features that…

On the evening of January 5, 2023, at seo marketing Technology Solutions and Joint Stock Company, a…

JavaScript is one of the indispensable components to help websites have an eye-catching interface. Besides, JavaScript also…