When the Bitcoin price fell below $40,000, ETH also made a low below $3,000. Here are a few updates and views from an ETH technical analysis perspective.

Contents hide
1 A drop to the $3,000 zone is predictable
2 Bad signals need to be noted

If you have read the article “Ethereum Technical Analysis: Over 10% Down, Close to Critical Support”, then this panic sell scenario to the $3,000 zone was predicted and planned in advance. As such, the price has come close to exactly what was predicted and has officially hit the best support of a major bull cycle. 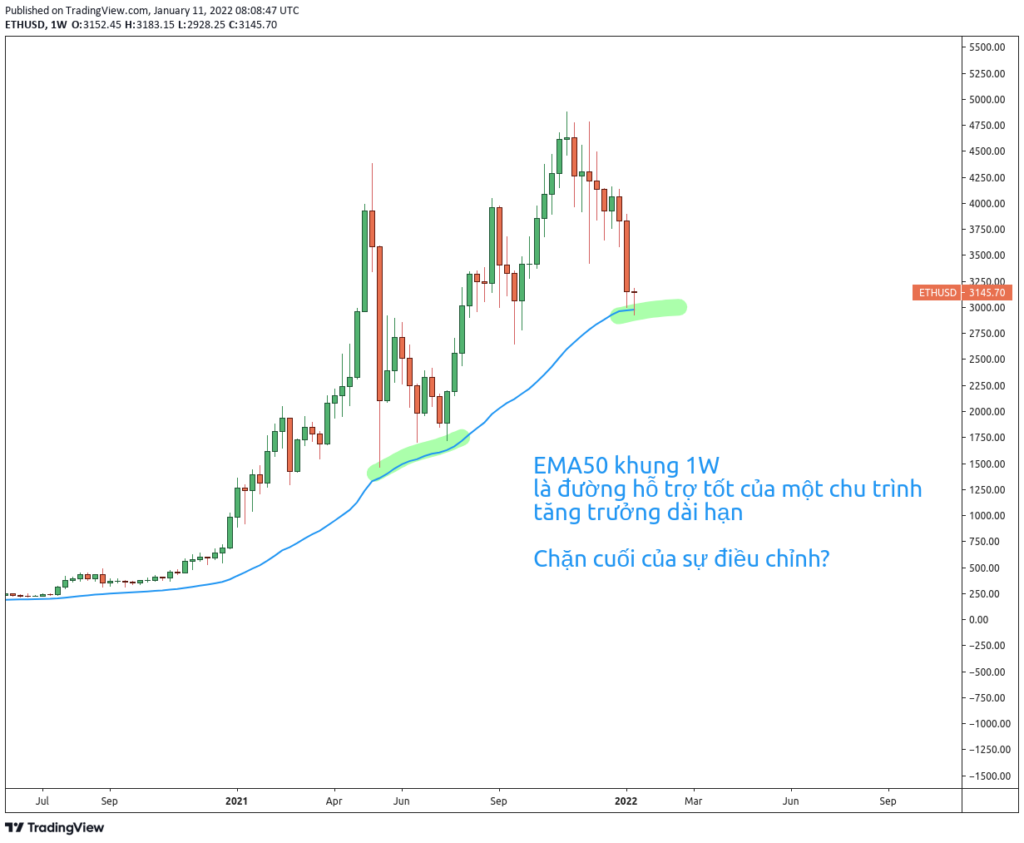 That is, conversely, if the price sideways around the EMA50 and volatility lowers, more negative scenarios will open up.

Bad signals need to be noted

First, one of the bad signals right now is that Bitcoin Dominance (BTC.D) is rising again.

Although there was a time when BTC.D dropped below 40%, it quickly recovered and opened a bullish signal for the coming days (touching the trendline).

According to MACD-H technical analysis, when MACD Line crosses Signal like this, the two lines will tend to move towards 0 point and MACD Line will touch first. Currently, not only the two lines are intersecting, but they are also very far away from the 0 point level, reaching nearly 700 points.

There are game endings that really know how to take away the tears of gamers, because they are really tragic to the heart.Shadow Of The ColossusAt first glance, this game just looks like a lonely…