Honor Magic V is a “later”, but the product still has remarkable advantages and appeal when compared to other folding screen smartphones on the market. As can be seen, with the label of being a latecomer, Honor Magic V inherits the advantages of folding screen smartphones of its predecessors. This device is equipped with a folding design similar to the way that the Galaxy Z Fold3 and Huawei Mate X2 are used, even the newly launched OPPO Find N has this design, because this has been proven. is the most optimal design for folding screen devices, both bringing convenience during use as well as increasing product durability. 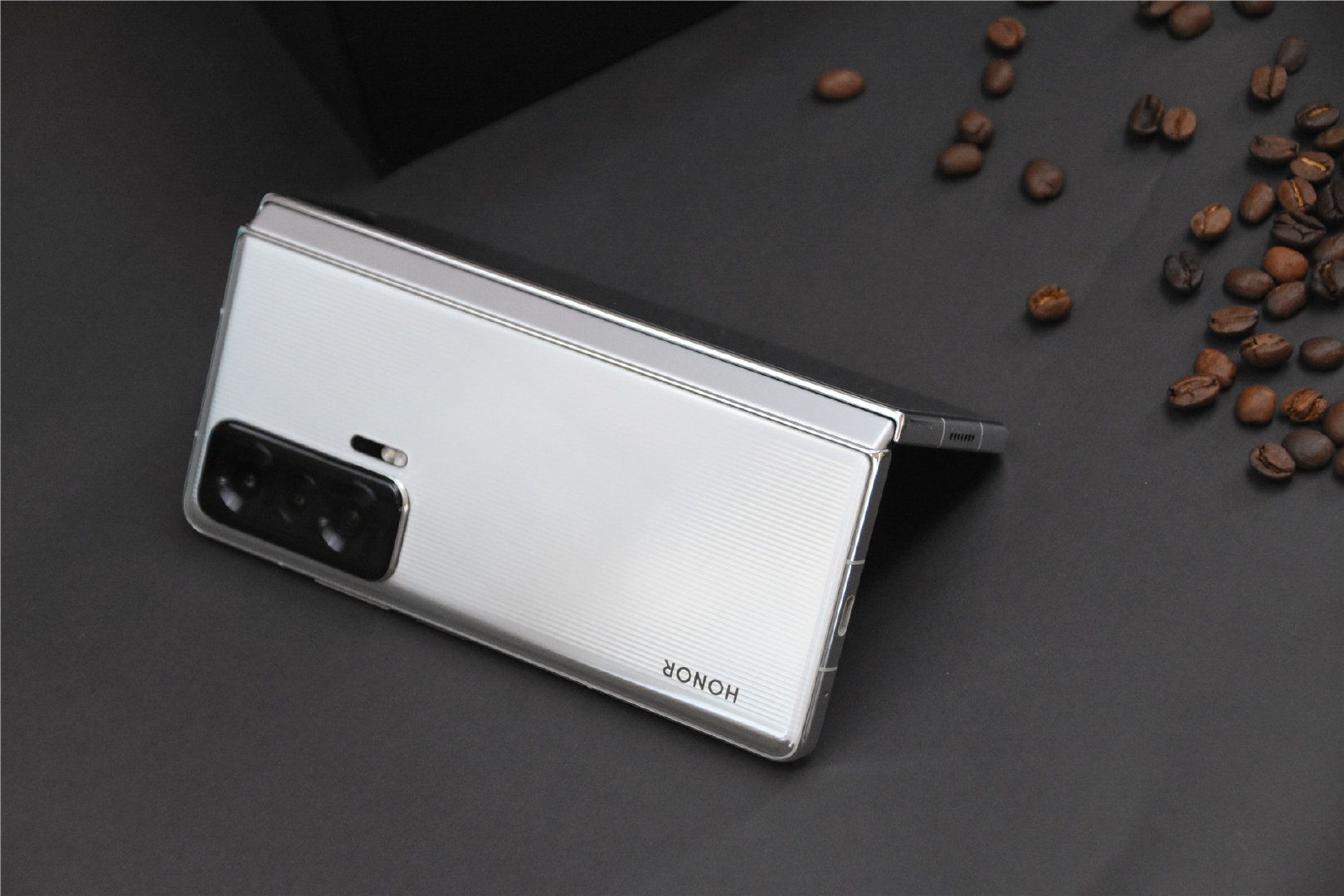 Honor Magic V can be considered as an inspired version of Huawei Mate X2 with many similarities. The whole machine is finished from glass material and has high-quality metal frames and hinges. The device has three color options: black, silver and orange. 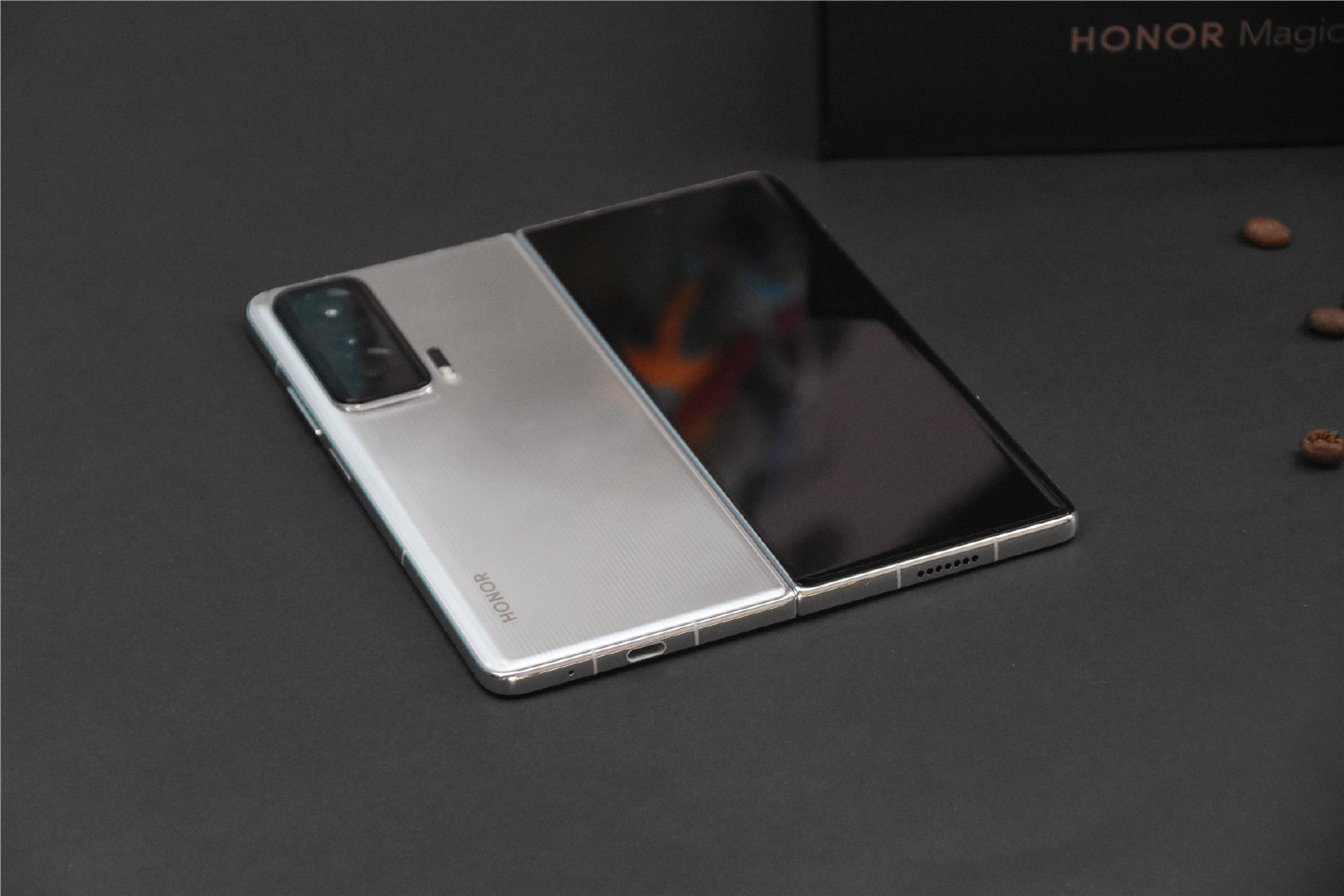 The back of the silver version in the article has a plaid pattern that sinks under the back quite beautifully, but due to the use of glossy glass, the back of the device is quite easy to stick to dirt and fingerprints. If you want to keep the aesthetics of the device, the user is forced to regularly clean this back. 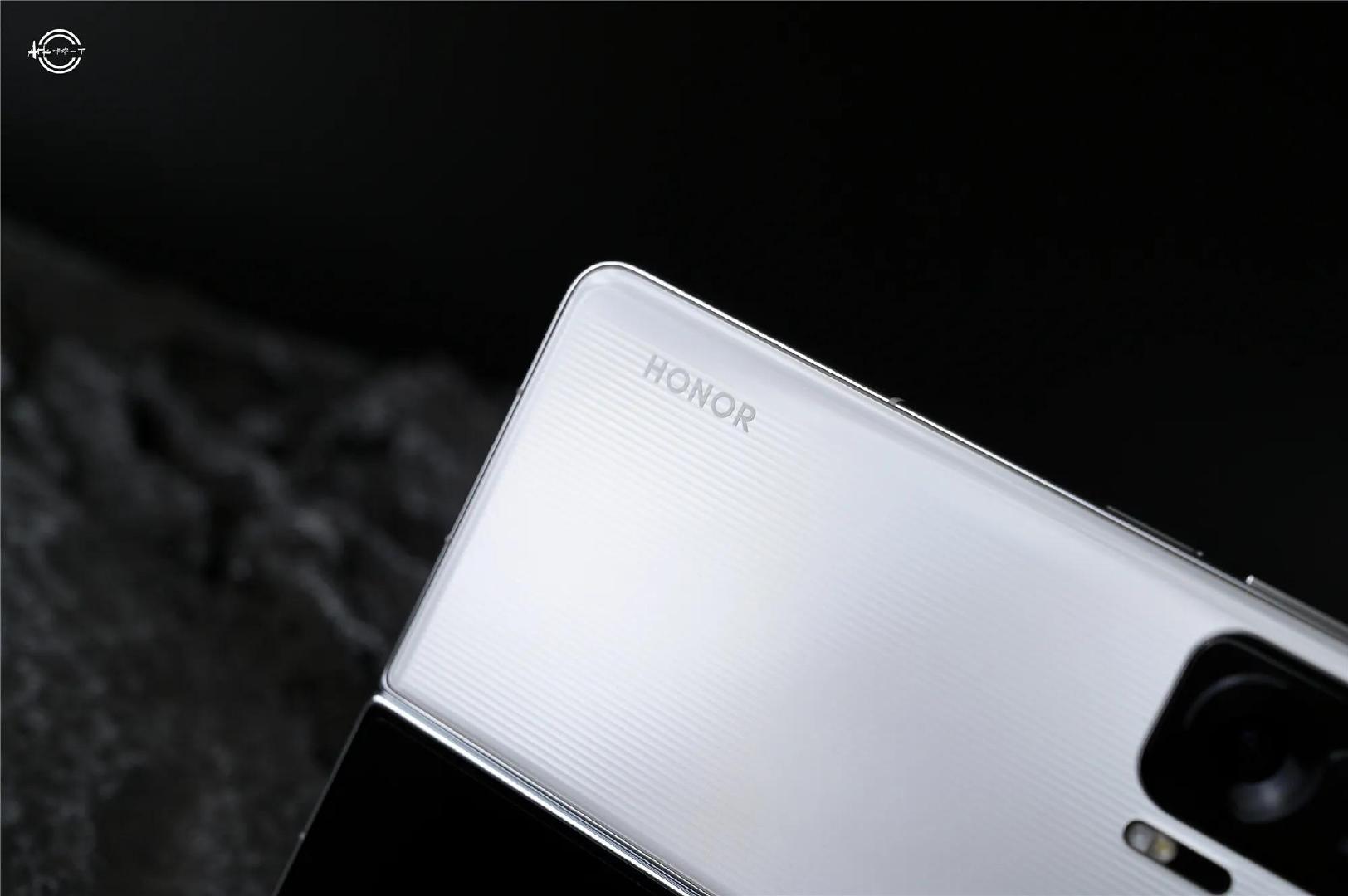 According to the announcement, Honor Magic V has dimensions of 160.4 x 141.1 x 6.7 mm when unfolded and 160.4 x 72.7 x 14.3 mm when folded. The device weighs from 288 to 293 grams depending on color options. This is a relatively thin and light parameter compared to current folding screen smartphones. 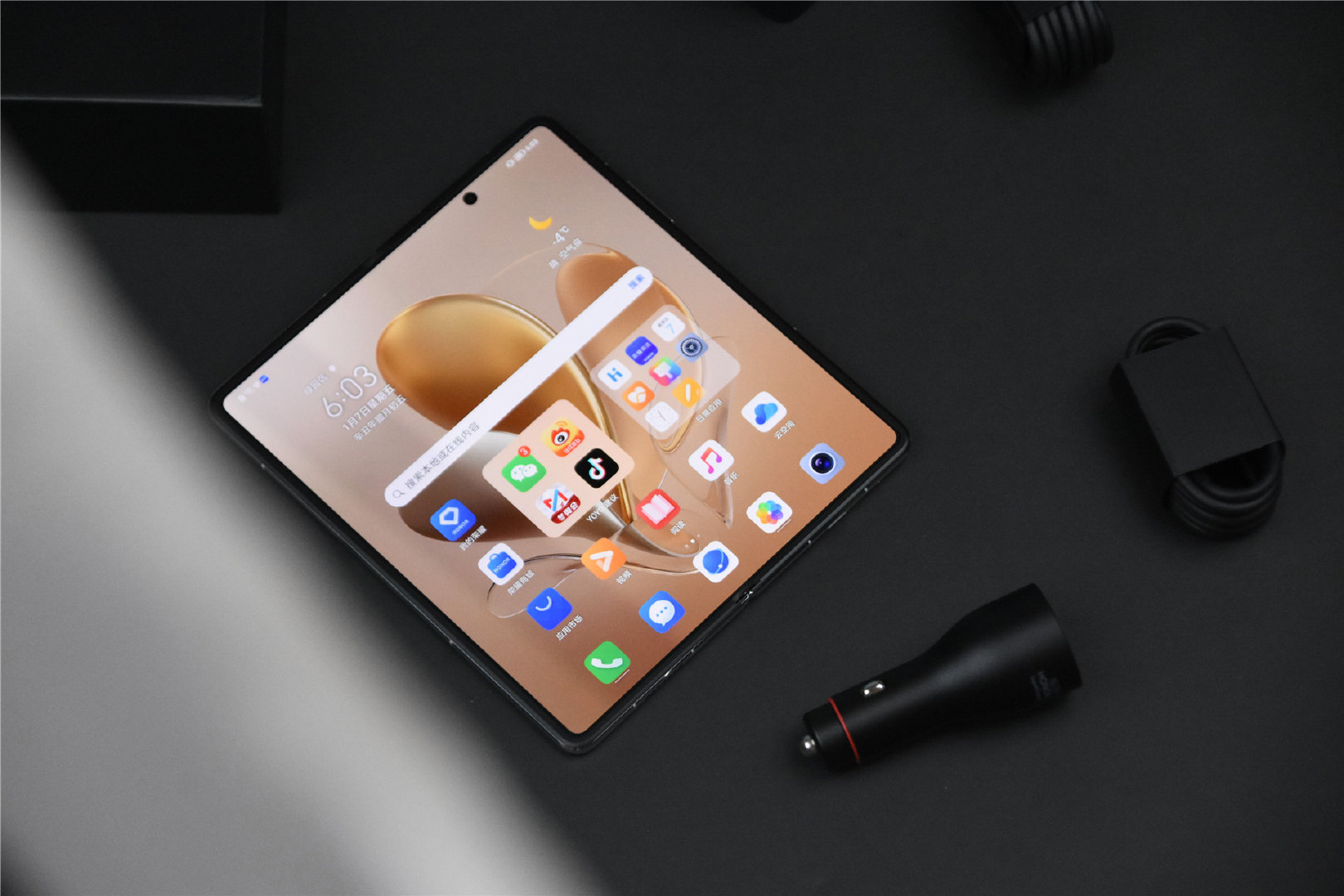 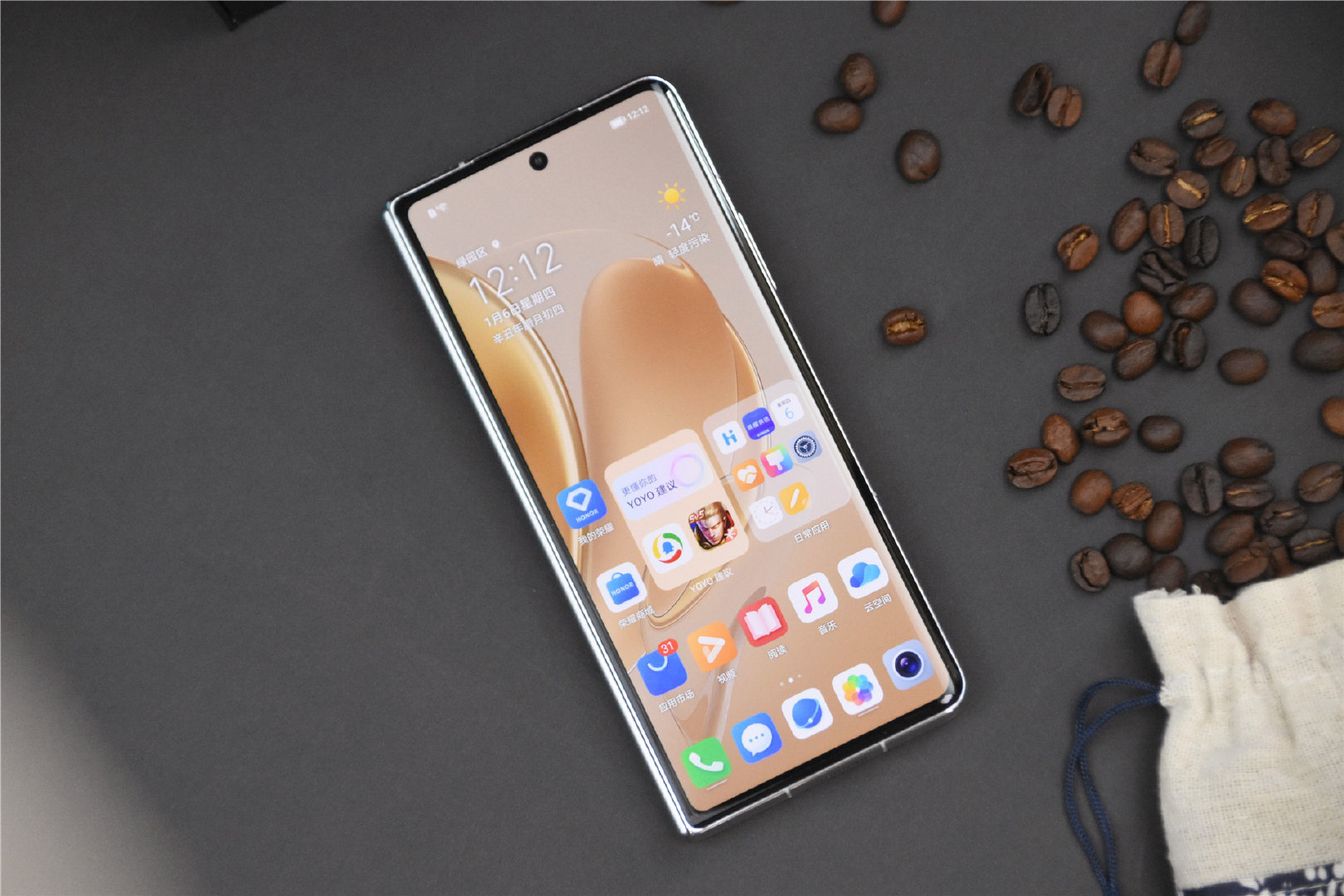 From the images that we can see, the screen of Honor Magic V has almost no wrinkles in the middle. It is not clear if Honor will use the same solution as OPPO Find N, but indeed this is a big plus for the Magic V.

In addition, between the two halves of the screen of the device, there is not any space like the Galaxy Z Fold3. The magnetic attraction between the two screens is also very strong, able to keep the weight of the whole machine when “hanging” on a thin sheet of paper. 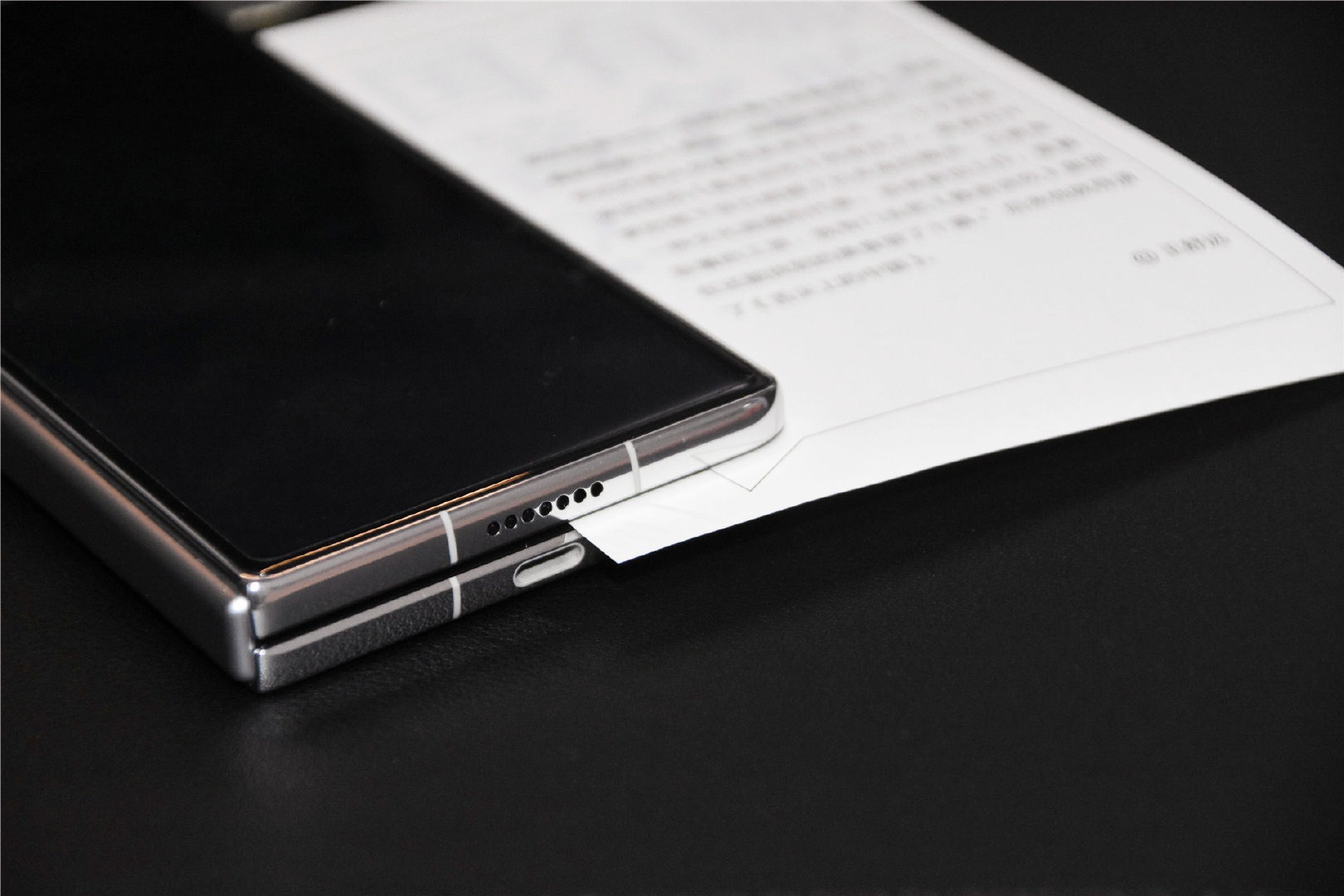 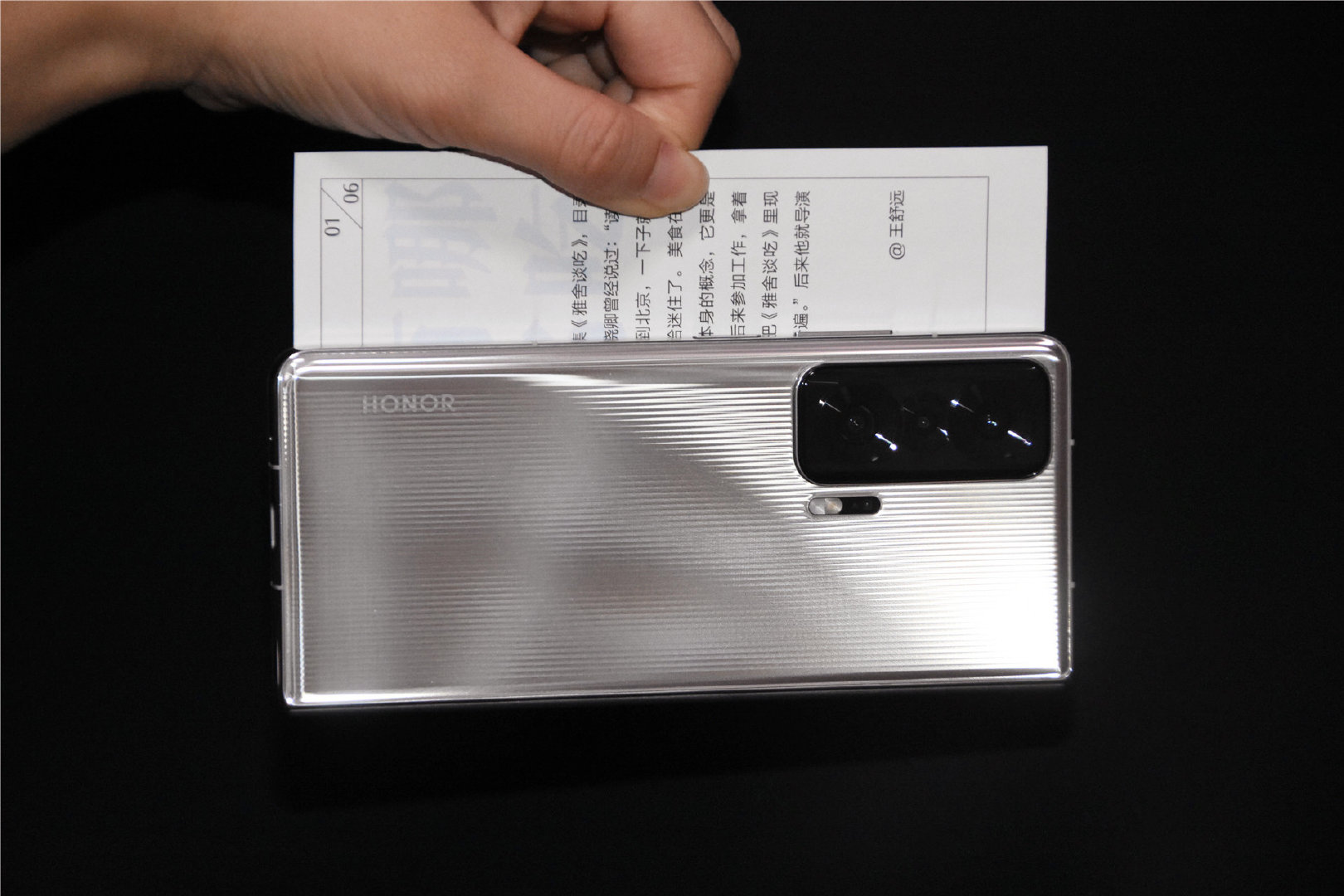 Unlike the Galaxy Z Fold3 that chooses the selfie camera technology hidden under the screen as a highlight, the Honor Magic V chooses a safer direction, using a “mole” design for both screens. The selfie camera has a resolution of 44MP placed in the middle. 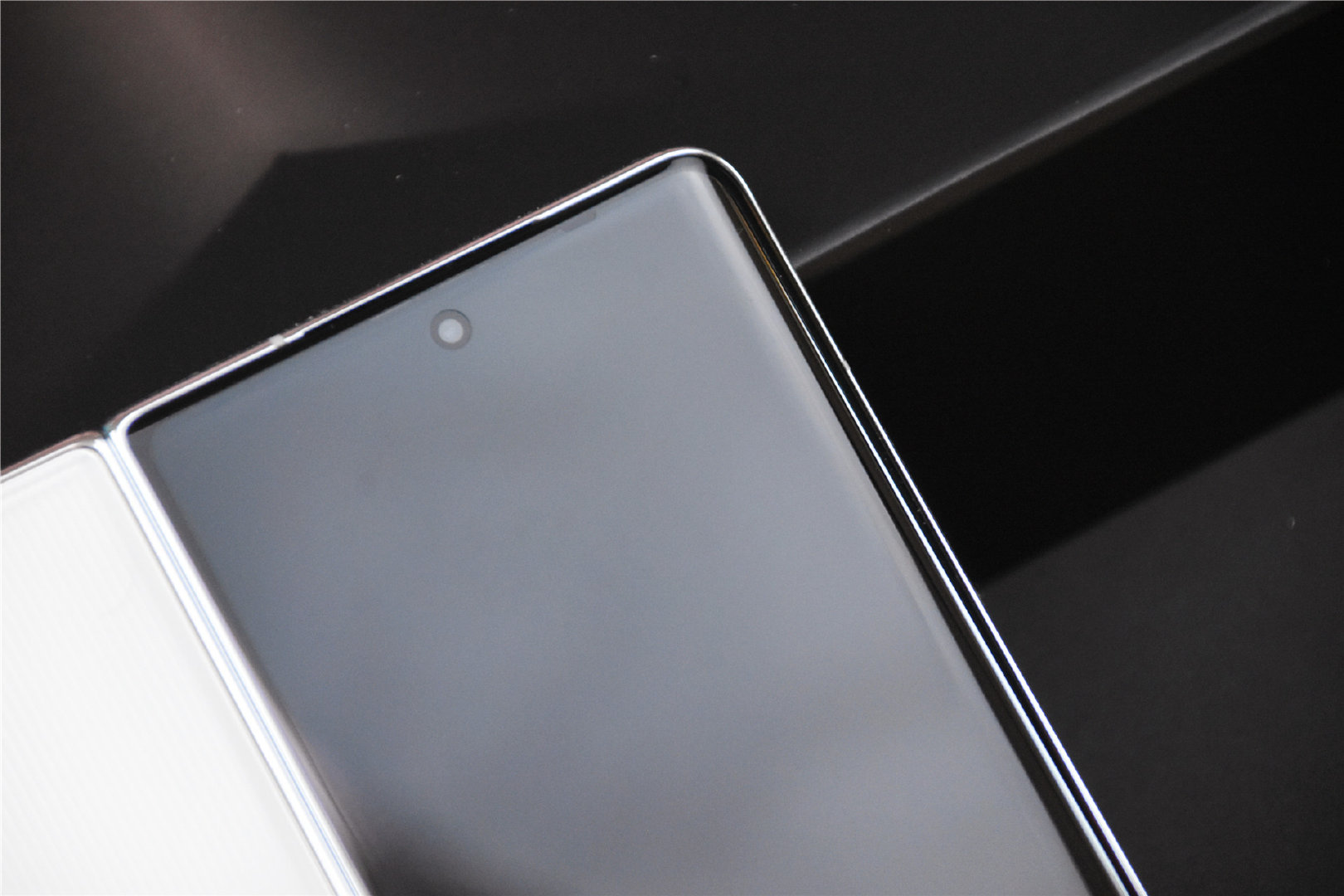 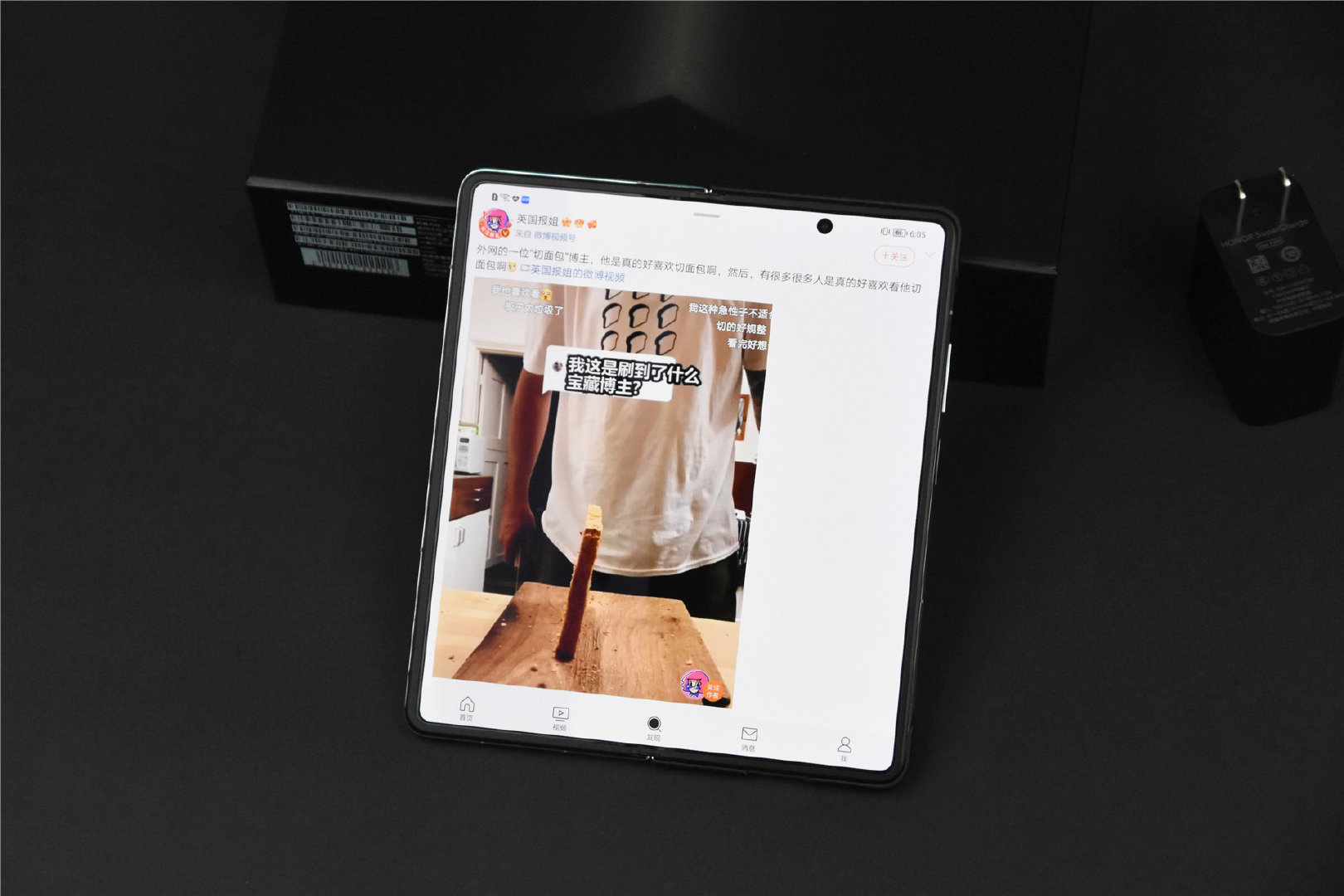 Regarding the main camera, the device is equipped with a triple camera system: 50MP wide angle, 50MP super wide angle and a camera that measures “color spectrum” to help improve colors. 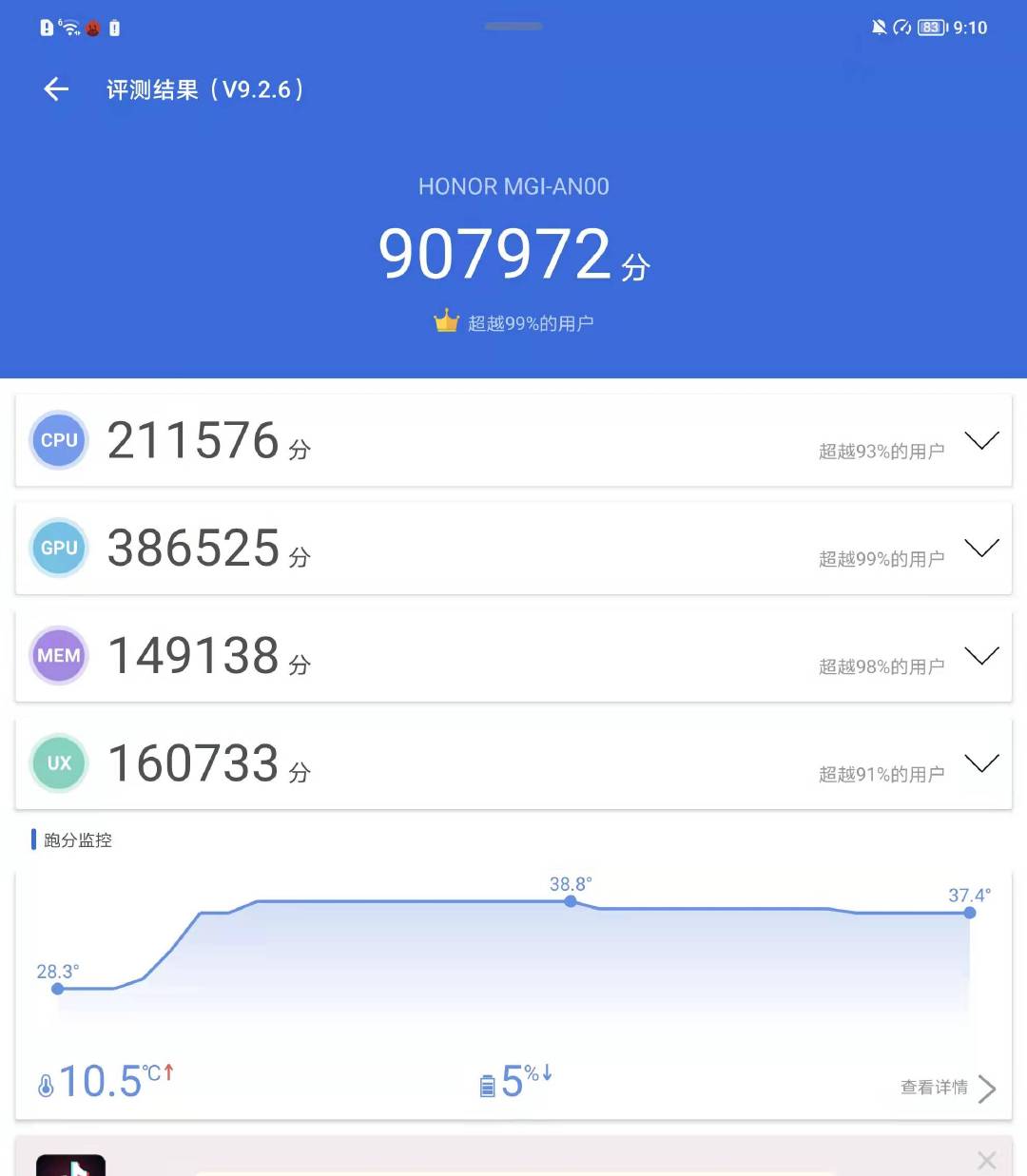 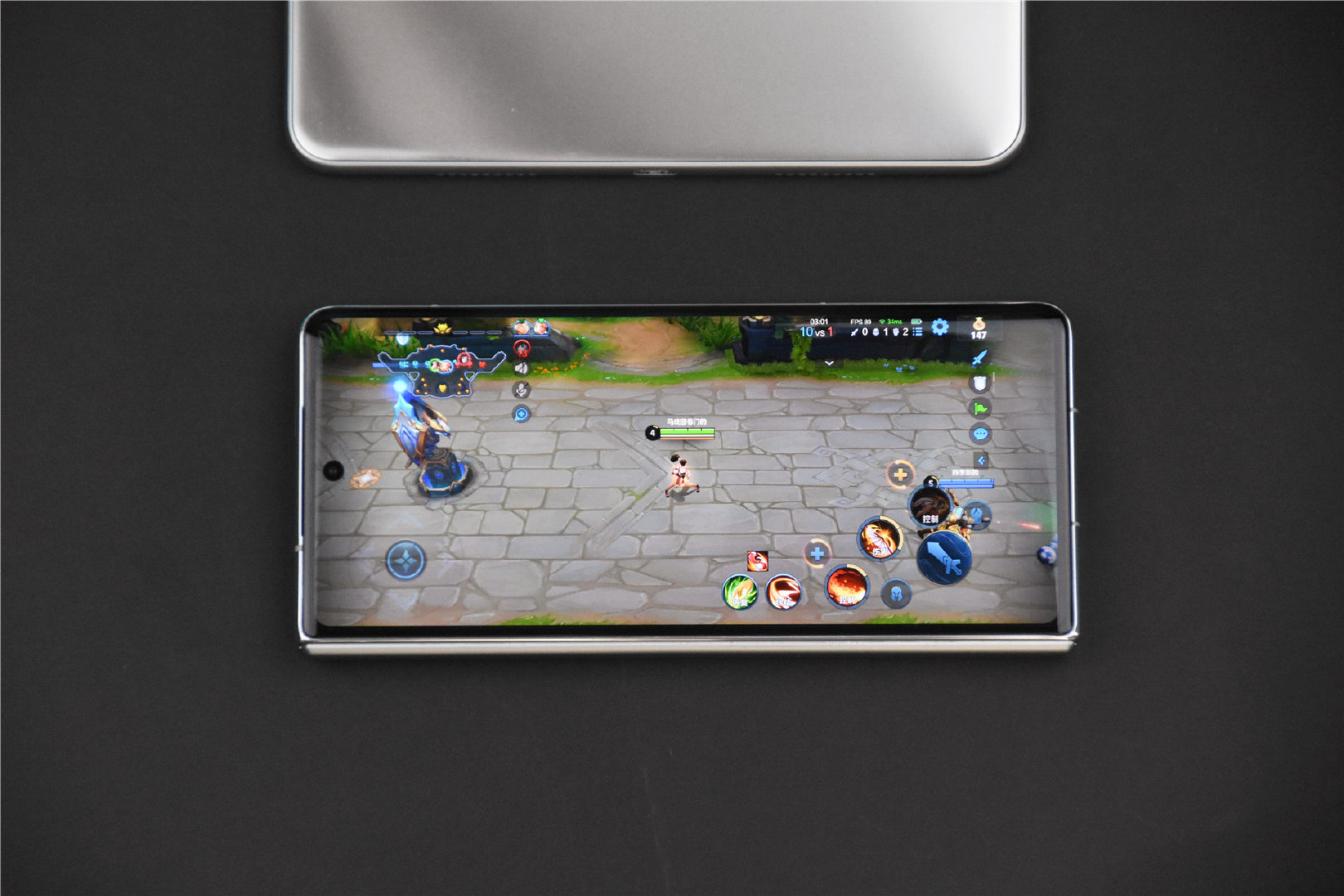 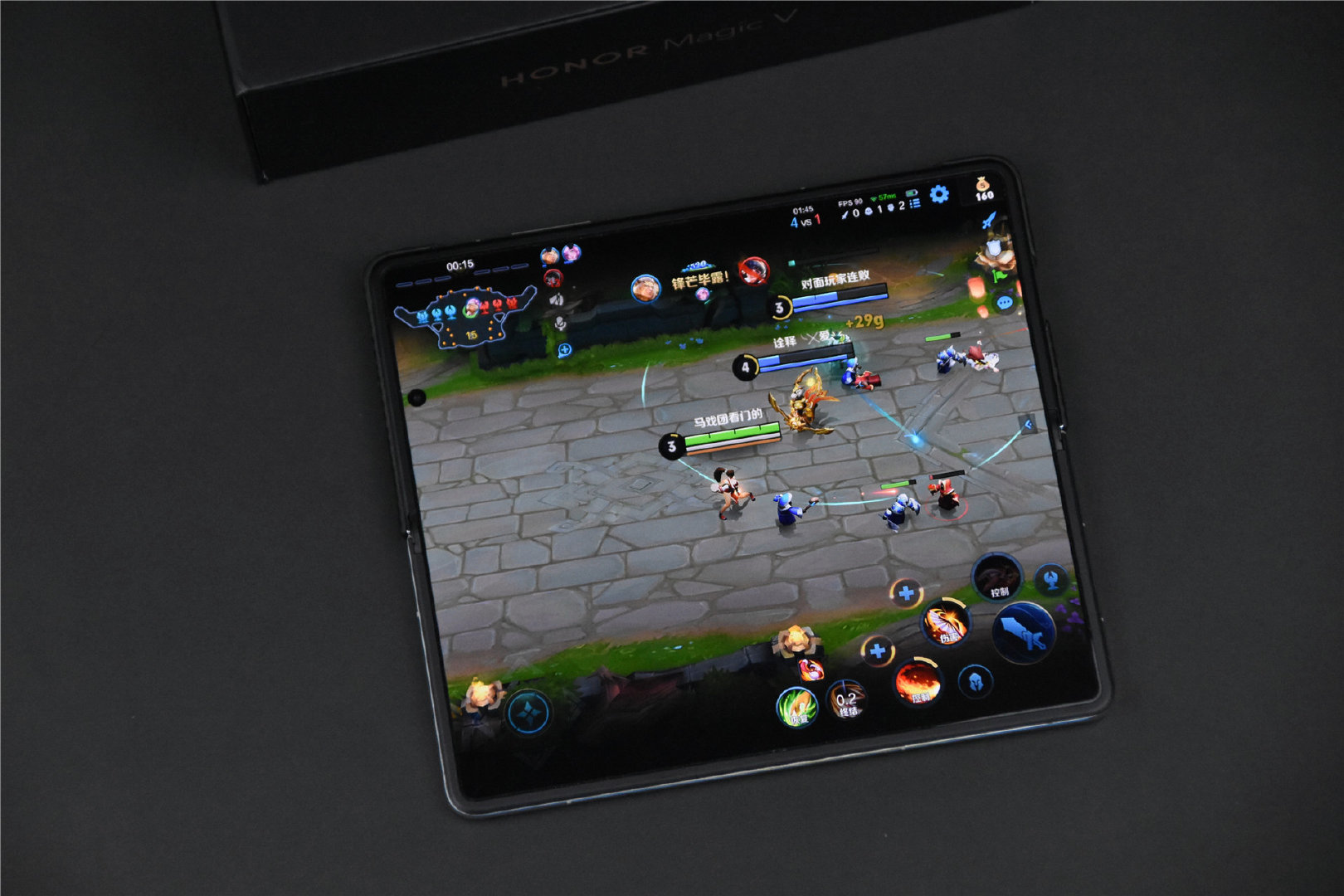 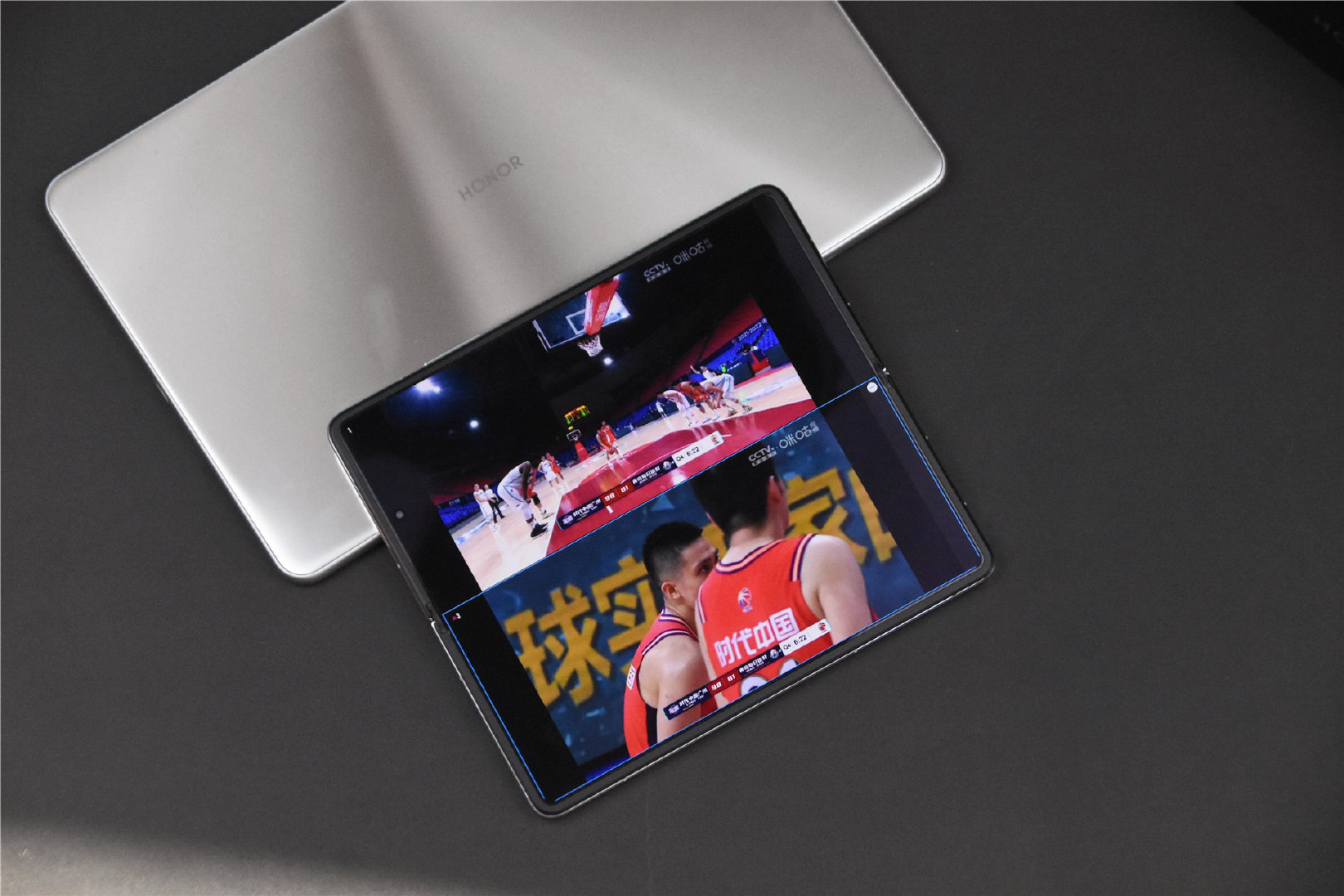 Some pictures of the machine interface. 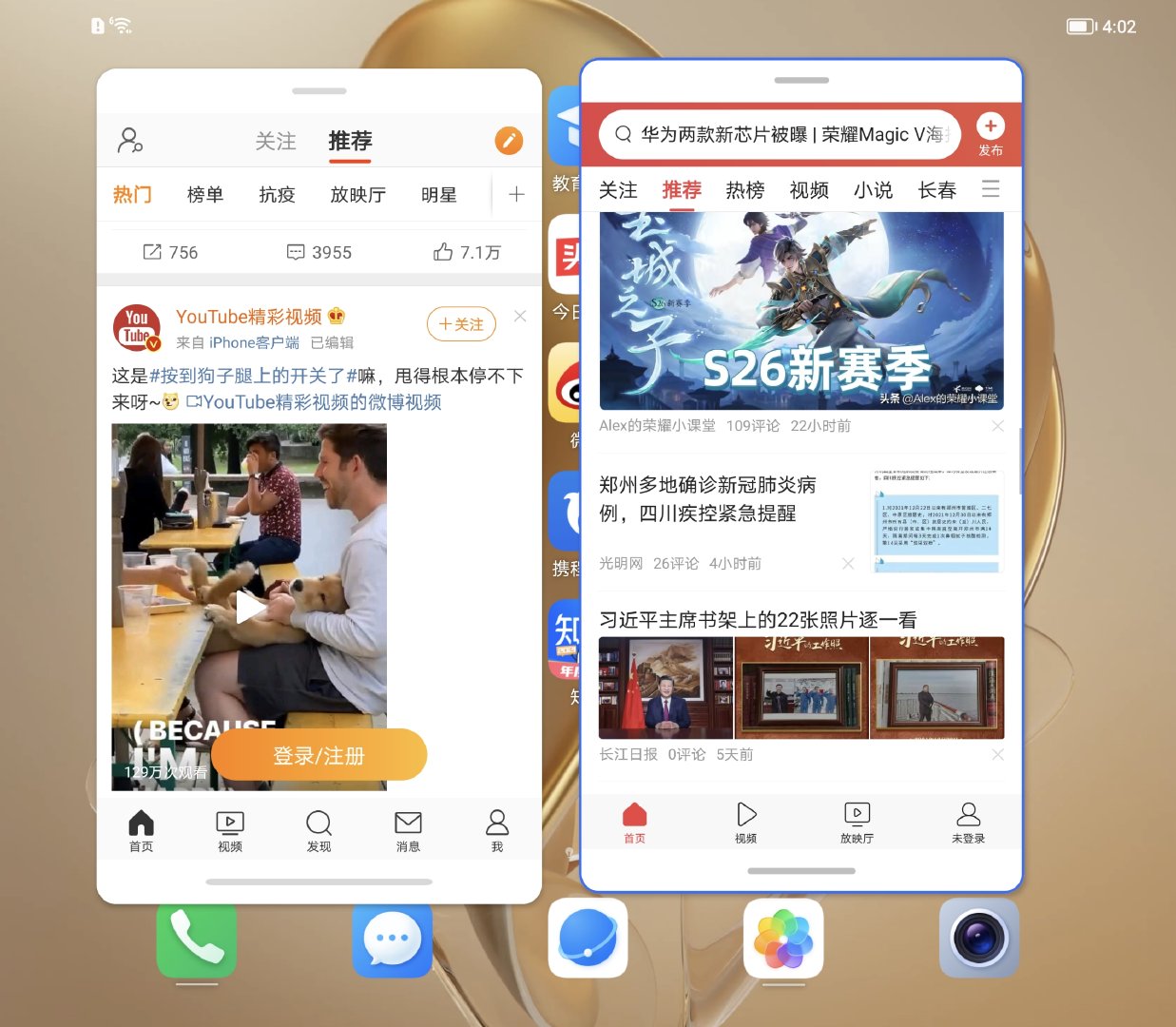 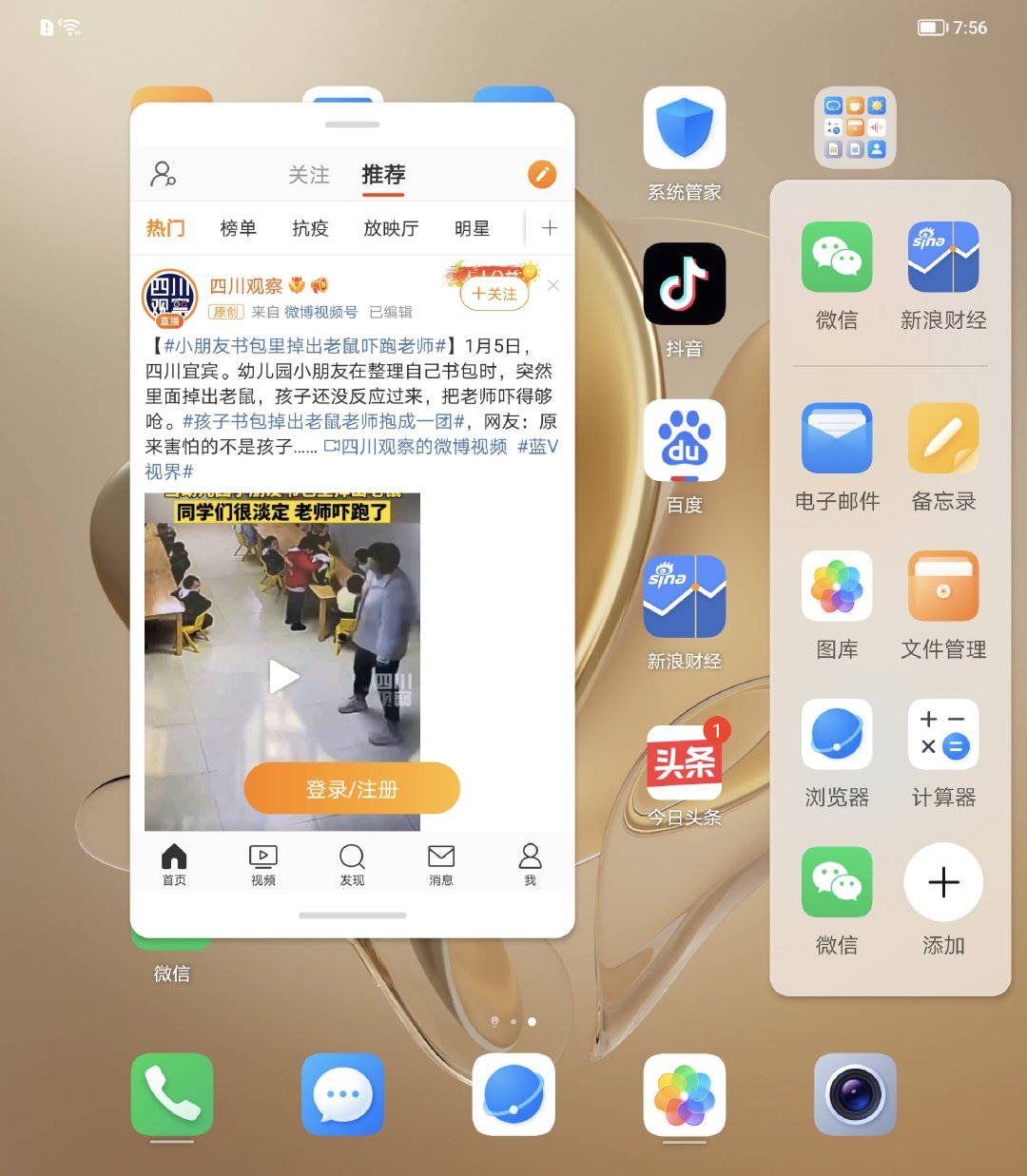 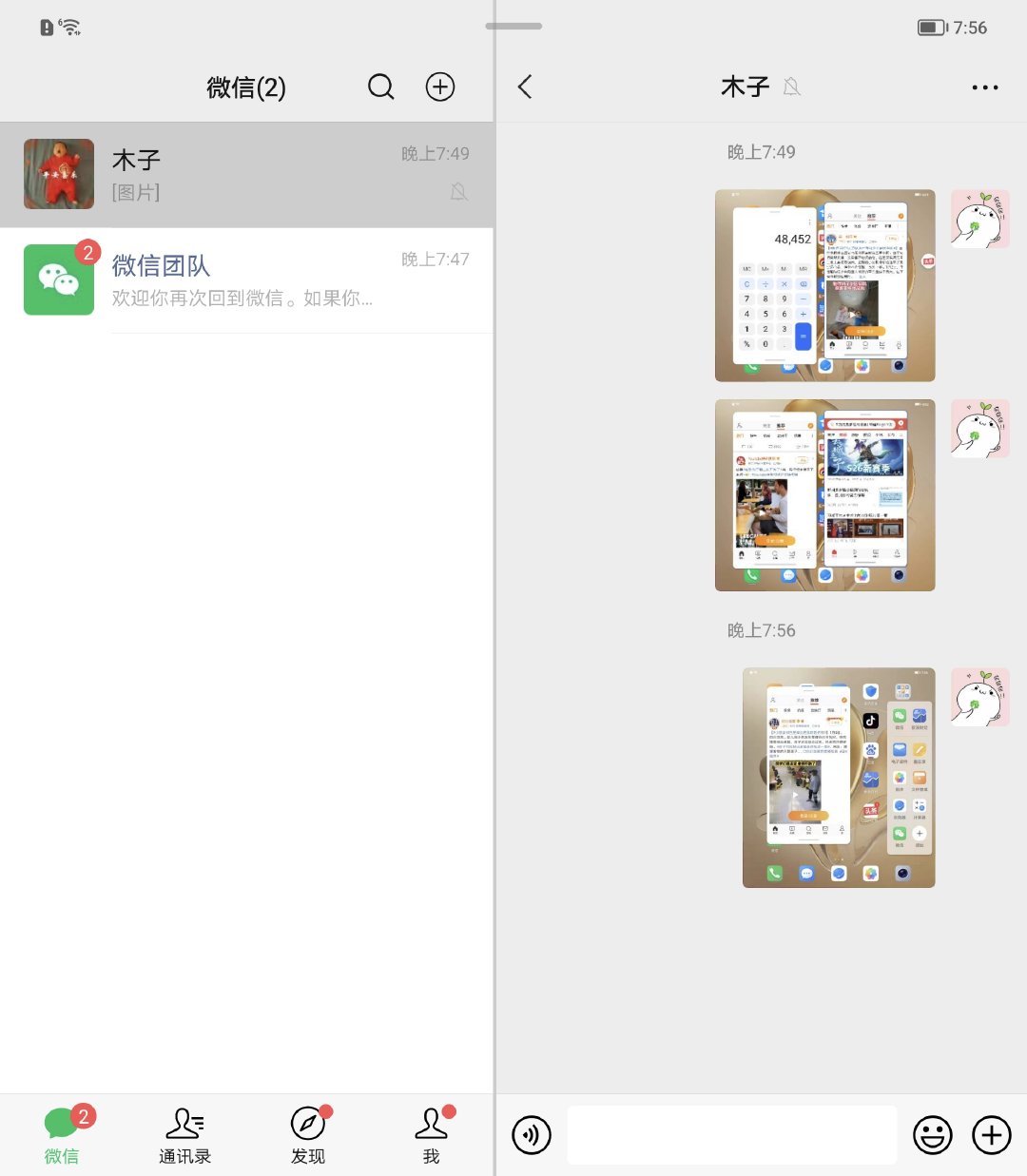 Honor Magic V will be on sale in the Chinese market from January 18, with a starting price of 9999 yuan, equivalent to about 35.5 million dong.