Bullish Kicking (A bullish push) is a pattern that may rarely appear but once this candlestick is created, it will give a strong bullish signal. The opposite of Bullish Kicking is the Bearish Kicking pattern, giving bearish signal. In this article, we will introduce you to the basic characteristics of the two models and how to use them effectively in real trading. 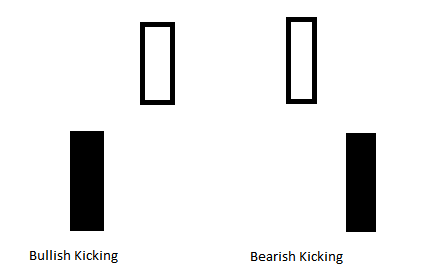 To help remember this model better, you can imagine a player dropping a ball onto the field. The ball after falling will bounce, creating a gap from the grass. At this time the new player launches a kick, the ball will eventually fly high.

The Bullish Kicking model has the following characteristics:

In contrast, the Bearish Kicking model:

You should also remember that when the second candle is formed, it should not move into the gap created previously, that is, there is no lower shadow for Bullish Kicking and no upper shadow for Bearish Kicking. The reliability of this model is quite high, because the market moves very strongly and decisively

Below is an example of the Bullish Kicking model on the Investco stock chart. Here, Bullish Kicking appears in the middle of an uptrend with a relatively small gap. After this pattern, the stock price has continued to trend quite strong. 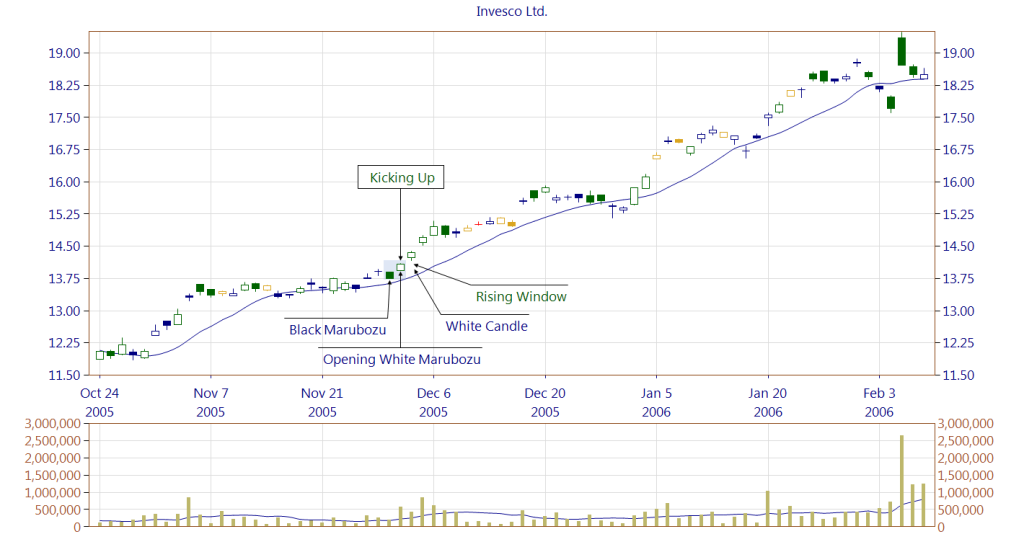 Psychology of Bullish Kicking pattern: The first candle fell sharply below but suddenly encountered big resistance. The bottom line here is that the market reacted with an explosion of prices, so much so that it surpassed the previous marubozu candle (a strong bearish candle) and created a gap, then ended the session with a marubozu candle in the opposite direction.

Bullish Kicking describes the changing psychology of the crowd in a very powerful way. Like a trigger kick for a new bull run.

Here we present the method of dealing with Bullish Kicking model. For Bearish Kicking, the procedure is the opposite.

READ  Trader Alessio Ranstani: Bitcoin is still in a "very bullish" trend despite the pullback

Bullish Kicking is a model for high reliability so we can enter the Buy order as soon as the 2nd candle ends. However, if we see a weak signal such as a small gap pattern, short, bearded candle body, we can place a pending order to buy at the opening price of the second candle. Below is an illustrative example on a Facebook stock chart on a 5-minute time frame. After entering the buy order, the price has had a slight downward correction before rising.

The stop loss should be placed below the lowest of the first day.

Profit-taking points can be placed at the resistance levels or we can exit orders when the uptrend signal is broken. For example, in the example below, the stock price has risen in the Rising Wedge model, so when the Wedge Rising model is broken, we will close the position. 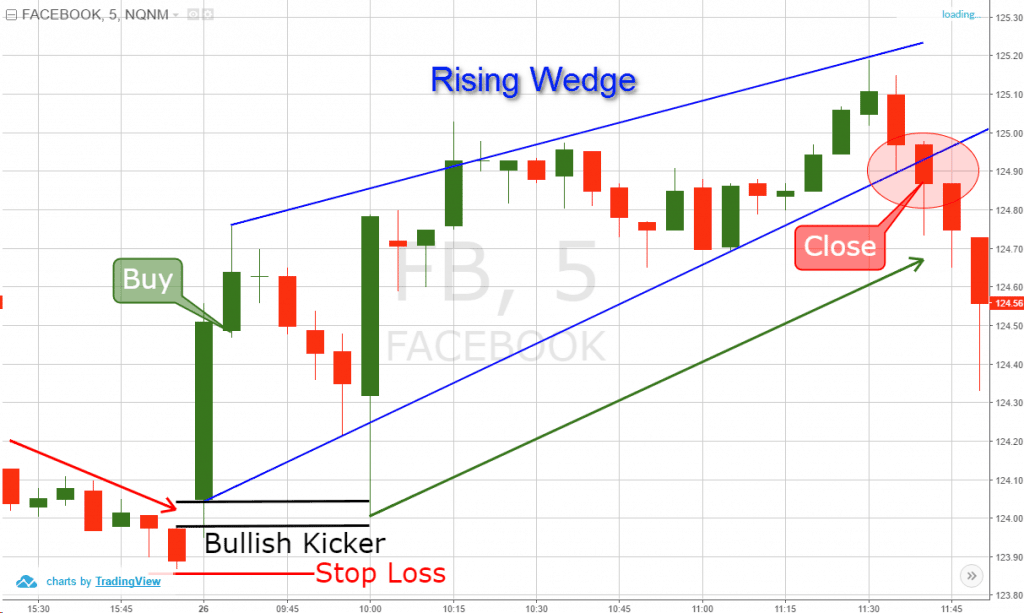 The method of dealing with Bearish Kicking is similar to Bullish Kicking but in the opposite direction. Below is an illustrative example of how to enter commands with this model. This is Pandora Media's stock on the 1-minute frame.

As you can see in the illustration, the entry point here is a little different from the Facebook example above. Here, the gap between the two candles is smaller, the height of the candle is not too superior than the previous candles. Therefore, in order to minimize the stop loss, we wait for the price to go up to place a sell order down.

The trade will be profit-taking if the price breaks out of the downward channel (see illustration).

Bullish Kicking is a 2-candle pattern, giving bullish signals, as opposed to it's a Bearish Kicking pattern for bearish signals. The characteristic of this pattern is that the price reversed so strongly that it created a gap and a marubozu candle in the opposite direction. With the knowledge in this article, hope you know how to trade when encountering the above model.

You have just read the article: “Bullish Kicking and Bearish Kicking candles”